Skip to content
July 14, 2017July 14, 2017Douglas BrooksLeave a comment
I study religion for two reasons. First, the history of culture —art, music, mythology, poetry, ritual— is told largely through religion. If you want those wonderful things, you need to retrieve them from the clutches of religion. Second, I study religion because I am fascinated by our human willingness to submit to nonsense —to fend off the fear of death and the realities of suffering, to claim some sort of superhuman possibility like “enlightenment,” to belong to a group, stay in the tribe, to be part of a story, to get through the truths of life that remind you that life is short, often as cruel as it is beautiful, and that it ends. 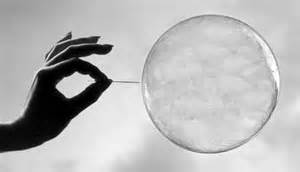 When religion meets politics, it’s the perfect storm. The power of supernatural authority is invited to control everyday life and push autonomy, critical thinking, and the genuine achievements of human effort to the margins. Add hypocrisy, grifting, and moral vacuity and you have Trump, Robertson, Fox News, and American Evangelical Christianity.
Evangelicals can’t manage a world without absolutes and the daddy-authority that keeps their fantasies intact. It should never fail to astound how people so willingly give up their freedom to belong to a group that tells them who they are and what they must do. Trump, much like their invisible magical friend, provides all the solace they need to be led like sheep. Now these sheep have their true shepherd: how much further into subservience and sycophancy will they fall on their way to heaven? Wait, the Senate healthcare bill will surely get them to their heavenly reward sooner than later. Is it too cruel for me to say sooner the better?
Read Egan today in the Times. He won’t go as far as I have here because he’s afraid of offending people who think _their_ version of this religion isn’t this.  I have no such trepidation.
https://www.nytimes.com/2017/07/14/opinion/trumps-mike-pence-evangelicals.html?action=click&pgtype=Homepage&clickSource=story-heading&module=opinion-c-col-left-region&region=opinion-c-col-left-region&WT.nav=opinion-c-col-left-region