“Some people say…” “Many people are saying…” This is how they do it, Trump and Fox. It’s a simple formula: reduce all to opinion and then to controversy and then to an us versus them. Voila. You can then sell anything, including reversal, contradiction, or conspiracy. It really matters not what. Just follow the formula. 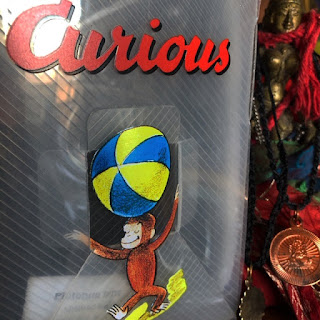 The stupid that follows is not only inevitable, it is incorrigible because they cannot be turned from whatever the next opinion of theirs might be. To maintain that there are facts in the form of a contrary opinion makes you a traitor. To withhold an opinion or state that the facts are ambivalent—as is often the case in real science—is to be a fool, in their opinion. Thus, there can be no serious thinking or honest conversation because the facts might get in the way of a preference or an opinion.

How many times does a conversation you have end with, “That’s my opinion.” And if facts are involved, especially unpleasant facts, how many times is it, “I just don’t want to talk about it.” Or—how about this one—“Can we just get a good work out, why do you have to talk about philosophy or deal with _that_?” The powers of bypass cut deeply because life presents all sorts of discomfort we’d rather not face. Why learn when we can just be entertained?

“That’s my opinion” or “some people say:” is not only a way of stopping the conversation; it’s a way of reducing all evidence to personal meanings. This fails any standard of think critically. Just how it connects to the follies of solipsism and neurosis are another matter. But it’s a pretty simple formula: take the best we do know, reduce it to “mere” opinion and then everyone and no one can be “right.”

We can walk away from this kind of folly, tell ourselves we won’t participate, but Trump and Fox prove such a strategy of manipulation is, in truth, deadly. If we walk away more people get sick and die. Jig’s up.

We have to remember that most Americans can’t comprehend much more than opinion. That means their own. They were never taught to think and prefer to be told what to think. Religion does this in a particularly effective way. But it’s not merely the (mis)information that corrupts, it’s the strategy itself. Make everything into a sellable controversy and watch the dupes duke it out because facts, some stalwart, others more fragile, just don’t matter.