Skip to content
July 2, 2018July 2, 2018Douglas Brooks2 Comments
Let’s start here: there is no arc of justice bending towards justice, there is no promise or guarantee that rights will not be oppressed, ignored, or reversed. You can _believe_ in that arc bending or you can ask for a more honest, likely less “faithful” view.  We’re at a turning point.  The oligarchs and authoritarians have the power in ways that will reshape the future.  Those rights you thought you had?  Do you really think that can’t be taken away?  They don’t.  So how about a different metaphor? 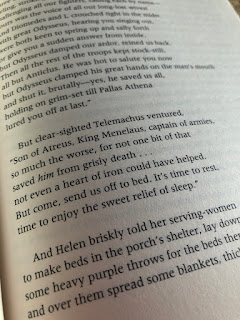 It’s snowing, always, and there’s an avalanche every moment: how much of that do you notice? When is it important enough to cause catastrophe in your life?  Do you care about the catastrophe in another’s life?  What exactly do you think you can do about that, any of that?  The crisis is on-going and it’s not going to let up, much less “get better.”  What it’s going to do is create situations that keep challenging hope, promise, or stability.  When it affects you, you might act, but it might be too late.  Things don’t get better, we create better.  It’s gonna cost you and it’s not going to let up.  Remember.  It’s snowing.  (This is almost always true where I live…)
There are some who will weather it all better and have the means, and even if that’s you of good conscience, you will not relinquish or even share without some kinda’ fight.  It’s only natural to want to survive and, dare I say, want to flourish?  What more does the evidence show?
Let’s go back to the arc.  (No one likes my avalanche, do they?) What could we learn?  That that arc does not bend, that it is forced, that justice must be made to happen and kept that way or even pushed forward because people insist, when they are willing to live and die for their rights. Even then, there is no arc, there is just effort.  If this sounds like Marx it’s because you’ve read this before.  Does that disturb you?   One person’s justice is another’s idea of oppression.   If we don’t want to be crushed by the avalanche of oppositions we’re going to have to do something about it all before it’s too late.  Someone is going to have to win or dare to compromise.  Who likes compromise?  Since no one does that means living with things you don’t really like just to live.  How willing are we to do that?  What about all that money and the ways it can be used to manipulate people?  If you think that love is a more powerful motivator than fear or anger try the idea that this difference may not matter as much as what people really do.  Ask Susan Collins.  She’ll tell you anything.  You can feel better for a minute about those you regard to be the “reasonable opposition.”  Then watch her vote for the next Gorsuch and the next tax bill.

Not one iota of social justice has ever happened without struggle and vigilance, to say nothing of frustration and loss and some very sad violence. Those who would oppose progress to keep their power will say and do _anything_ and anything to stop change.  They are more honest than Susan Collins and no less dangerous for it.  They have no compunction about violence. So, how much will you take? They want the status quo, reversal, spite, or nihilism at least as much you want progress. Rules? Civility? Play to conscience or compromise? What are your honest alternatives?

Gandhi relied on the fact that his opponents could be bent, that they had at least as much conscience as they had vindictive hate. Gandhi forced as did King by appealing to human feelings, to empathy. So what happens when that doesn’t work? When 89% of Republicans support Trump and the border policy too? They are willing to make their deal with that? What then? I think we are at that bottom. Reason is long gone. We thought that incarcerating babies would be the emotional charge but you know what, all that had to change was the news cycle. Short attention span plus our opponents don’t really care. Ask Melania. She told us exactly what she thinks.  It was a fashion statement too.

So what’s with all the faith in the arc of justice? Why it is so important to so many? It could be that the pain, the oppression, the terror, the arc of history has made it necessary to believe that there is such a thing—because you know all too well that there isn’t.  The need to believe is a survival strategy; it’s an important part of religion’s sham or its consolations, depending on how much you need it not to be sham.  However you believe to get through, that’s your religion.  Mine rejects certainty with a big dollop of irony on top of things that look all too certain.

Everyone wants someone else to give them an answer because no one likes that the questions we face don’t have certainty, finality, or often any answer but the strife to stay in the question. What the powerful and the charlatans know is that this is an easy shakedown, that people will be manipulated with promises, with faith, with hate, with anything that gives them what they want or tells them that there is an answer. No one wants to live in a reality where the crisis is perpetual —because that’s real—and living that way is _hard_, it will exhaust you sometimes, you’ll wish it were easier.  But life is a few meals or one long night without sleep from crisis and only two days from much worse. We act as if it isn’t because we do, because we must? Because life is hard and we just wish it weren’t. Justice is harder than any one life because power never prefers to give up what it can keep. So what do you keep?

Faith is what you keep when you wish for a world that isn’t the one you’re really living in. Maybe you need some just to survive. Maybe we all do or we just have to look away for a moment to keep going. There’s almost an alternative. That would be to embrace the strife, refuse to lose, not let them win, reject certainty, and rage on, calmly as you can.