Skip to content
April 8, 2018April 8, 2018Douglas BrooksLeave a comment
Today we learn of yet another chemical attack in Syria. There is no doubt that human beings are capable of incalculable evil. Such a fact drives those among us driven by conscience further into our inner conflicts. So a few words about America’s unresolved crimes and history, to give us pause as we think more seriously about who we are and who we want to be. What are we prepared to do? 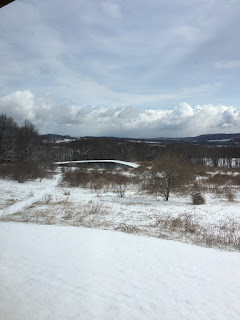 Let me begin by making it clear that I offer no excuses and no rationalizations for what we know to be true about President Lincoln. I am not party to any apologetics here. Every time I read his speeches I am disappointed and pained— and yet there is something to learn about ourselves as we witness his inner struggles.  There is much to consider as we take to heart Lincoln’s deep conflicts of heart and mind.

It took Lincoln a long time to reconcile his own racism with the inexcusable crime of slavery: to deny the former is to fail to understand his comprehension of the latter. Lincoln’s moral flaws are today apparent and yet what he eventually came to understand required that he listen more deeply to his own heart, and to his own inner voice of reason.  I believe it was his capacity to think with his feelings that brought him to a place of moral transformation to oppose his own feelings and to oppose slavery unequivocally.

What Lincoln understood is that we human beings are, at once, creatures of immeasurable selfishness _and_ altruism, decency, and morality. It took him far too long to be on the right side of this paradox and to disavow our country’s criminal original sin. But it is the measure of his failure that I take to heart as a lesson for today.

Had he not been conflicted, had he taken the purist view of the right-hearted abolitionists, he could not have won the Presidency, changed his own heart, and slavery would have continued in America for who knows how long. There would have been more “compromises” and so an endless continuation of white America’s complete failure to represent its claims to the promises of liberty and decency.

I think about Lincoln, perhaps more than is relevant to the day, but I think about his moral conflicts, his deeply flawed and often painful arguments to himself, his inexcusable bigoted _feelings_. But who among is is not guilty of our own failures and cultural compromises with evil? What are you prepared to do to stop Assad in Syria from using chemical death on innocent people? We are all limited, one way or another, to meet our own ethical measures of goodness.

In 1854 in response to Stephan Douglas he said, “Slavery is founded in the selfishness of man’s nature,—opposition to it in his love of justice. These principles are in eternal antagonism, and when brought into collision so fiercely as slavery extension brings them, shocks and throes and convulsions must ceaselessly follow. Repeal the Missouri Compromise; repeal all compromises; repeal the Declaration of Independence; repeal all past history,—you still cannot repeal human nature. It still will be the abundance of man’s heart that slavery extension is wrong, and out of the abundance of his heart his mouth will continue to speak….”

What are we going to do about such wrongs in the world? We cannot change human nature but we can demand from ourselves a deeper consideration of our actions.