Will America take the next step to being a multi-racial, multi-ethnic democracy or choose rule by the authoritarian minority? It seems to me that there are two ways that we can fail this test and only one way—maybe—we can head off certain debacle. 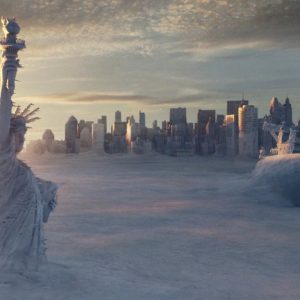 First, the majority fails to appear in the crucial places where the system itself games the process. Come Wednesday morning Joe Biden will have received more votes for President than any candidate _ever_. That overwhelming majority will be made possible by the majorities principally in California, NY, NJ, and Illinois. The map of America will look balkanized with coasts and corners providing majorities. It’s what happens everywhere else, where fewer people and more dirt decides.

But we are not governed by majority rule, however absurd and unjust that is—and that fact offers the minority a way it can win. There are more votes in cities and suburbs still than all of those rural white people who are going to show up for the dictator. I hope Biden Harris inspire enough on election day either to vote for them or to stop this menace that must be stopped. There will be no election in four years should they somehow lose honestly.

It is the second way the Trump Cult formerly known as the Republicans win: they steal it. They can do that by stopping the count, repressing the vote, and doing whatever is possible to advance their stated agenda, which is to reject democracy. Senator Mike Lee put it plainly enough—they all say aloud what was once just whispers and dog whistles and, of course, they can’t spell: ““Democracy isn’t the objective; liberty, peace, and prospefity are. We want the human condition to flourish. Rank democracy can thwart that,” he wrote, misspelling prosperity.”

So we know that we can’t count on Republicans to support the very principles of democratic government because they prefer authoritarianism that promises their own specific version of “law and order.” Hannah Arendt described such movements of populist fascism many years ago and we would be naive to believe that they no longer appeal, especially to those whose power is threatened by real elections.

Biden-Harris will have an army of lawyers and the Trump Cult will bring violence to the story too and, of course, blame it on “those people.” They are a sickness, not political opponents. They will have help from the corrupted Justice Department leadership, from their packed Courts, particularly the Covid Barrett Court, and as we have already seen, from police and others with “legal” guns.

I don’t expect a peaceful transition of power because they mean not to permit power’s transition. So is there remedy? I am among those who believe the math is what we gots. I’m not counting on the good people of Pennsylvania to make this clear on election night by coming out in overwhelming numbers. I have driven through Pennsyltucky, or I used to when we still went places, and it’s no different from where I live: backward looking and desperate, gunshots and homemade Trump signs, poor, white, and, quite honestly, hopelessly lost in Fox Nation.

You see, the vast majority of Republicans are telling pollsters and are being told by Fox that Trump will in fact win the popular vote and all the rest—by fantastic margins. This is what they have been told and all the rest is Fake news (<—Trumpian capitalization). Fox entertainment, along with its “news” division, has fed the beast and the beast is ready to act, ready to believe that the stunning defeat that awaits them is false, fraud, fake, stolen. That portends some real trouble, folks.

Democrats fret because they are closer to media that is closer to the facts. Repbulicans have signed on to a much smaller world of information, almost all of it purposefully designed to grift in disinformation. We are not only a partisan and polarized nation.

We live in at least two different _worlds_. Democrats being more diverse live in multiple worlds—many of which are rife with their own disinformation, like the leftist anti-vaxxers and the Biden take-down machine fueled by propagandists. But at least there is more than Fox, Breitbart, The Daily Caller, and Rush.

What is before us even if there is a declared victory for Biden will be months of deeply disturbing events meant to steal back what was rightfully won. If NC, GA, FL, and TX go Blue on election night—and all of their votes should be counted by Thursday—perhaps there will be relief. This is why a genuine landslide, not just resounding victory, is my deepest wish. So there is little to do now but get out the vote on Tuesday and hope that Democrats have not already exhausted the votes still on the table.

The Cult will be out, literally in force. We must not submit or succumb to their intimidations. And if there is any America worth saving then there will be a show of democracy that gives the country yet another chance. One way or the other, the referendum isn’t just on Trumpism, it’s on America itself.