Skip to content
September 29, 2017September 29, 2017Douglas BrooksLeave a comment
Though it has been said from the outset and can’t be said too often, Trump is unfit for the office.  Alabama Republicans just nominated for the Senate a malignant ingrate and religious extremist, but even worse, someone who possesses a fundamental disrespect for the rule of law.  This willful ignorance and rejection of the tasks of government comes from the people who elect them.  It is the people who are demanding that our leaders need not  respect nor understand the grammar of democracy.  Americans are refusing to meet the basic requirements of citizenship.  Let’s call that requirement the grammar of civics.  Have I bored you yet?  Wanna read more? 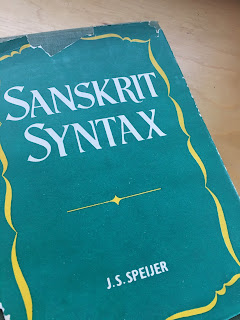 Professor Krugman makes the case in some detail this morning for the evidence of unfitness for governance, as if we needed more.  But let us be just as candid about what it takes to be a republic, to elect our leaders.  It requires a populace that is also fit, one that is responsible enough, informed enough, and committed enough to respect the underlying structures and institutional formations.  The idiotic “drain the swamp” meme is another excuse to reject the tasks of fitness.  And that, my fellow Americans, is not only America, and it’s not just the Trump voters, it’s the issue too among non-voters and non-participants.  We have no commitment to the requirements of fluency in the language of democracy.

That our President is a narcissist incapable of any response but to his own autocratic impulses tells us how ill-equipped America is right now for this century —or any.  We have reduced “civics” to a dirty word or, more likely, an incomprehensible word.  I would venture to say that most Americans could not define it.  So understanding civics becomes much like studying grammar: a subject nearly all of us hate, refuse to do, but need far more than we believe.  We need not all become grammarians but we all need some.  Just enough to diagram the sentences that create fluency.  Usually we get fluency without any work because grammar is too natural and implicit.

In a natural language like English, we all use a grammar no matter what dialect we speak.  There is no “standard” English but that of the group in power demanding we conform.  We manage some kind of understanding because in a natural fluency we recognize the meanings within structures that demand only the minimum effort.  In every ordinary encounter we listen to understand the sounds, the syntax, the organization of the words —and that means that we apply grammar reaching into the rules even when we are not aware we are doing it.  This is because we don’t need to be _too_ aware, we can just do it.  We already know what to do because we do it adequately and we do it instinctively.  Of course, the more we think about this, the more we grasp that understanding another is going to require a lot more than understanding the words that are spoken.   So even when the underlying grammar is implicitly coherent to us, we are going to have to work for meaning.

But being a citizen is not like speaking a natural language.  We are treating democratic citizenship as if it were just something we know how to do.  But the evidence is in.  We are failing.  John Stuart Mill wrote about this and he was right: there are requirements of the populace if the democracy is to survive and flourish.  So why do we need to know the grammar of democracy if we are instinctively capable as we are when we are fluent in our mother tongue?  We need a different kind of language to make the point.

Sanskrit has the same requirement that comes with living in a democracy: it demands the study of its deeper structures, it requires attention to grammar in ways that other spoken languages do not.  When we speak fluently our mother tongue it is not because we have learned its grammar from any formal study.  Rather it is that we have reached into an instinct that is human and developed an innate ability (see Steven Pinker on this).  But no one has spoken Sanskrit as a first language since around the time of the historical Buddha —and don’t believe any political propaganda that makes this claim.  You cannot learn Sanskrit without  a requisite study of the rules of its grammar.  Yeah, yeah, and it’s hard.

Similarly, it’s not natural or instinctual to be fluent in democratic citizenship.  We are not naturally given to working within contrived structures of representative leadership, we are not instinctually charged to be responsible to the history of institutional forms, or demanding of our leaders that they be.  It’s going to require some tedious, unwanted, and serious effort to be up to the tasks of democracy.

Democratic citizenship’s grammatical requirements are hardly Sanskrit but they are real enough: left to our own devices, complacencies, indifference, and lack of awareness the results will be the election of Trump or Moore.  We have elected people unfit for the tasks of rule of law, disrespectful of institutions and structures, and willfully ignorant of all of the other basics of civic grammar. We Americans don’t want to do the work.  Who does?  It’s grammar!  It may not be fun to pay attention to grammar when you think you are fluent in the language of democracy.  But this is no natural language.  It is an invention as magnificently artificial, contrived, and unconventional as, say, Sanskrit.