Skip to content
May 30, 2018May 30, 2018Douglas Brooks1 Comment
At the core of America’s history, in the armature of the collective social structure, are the issues of race and class. If the light is justice, liberty and opportunity, the shadow is race and class. Built as we were on slavery, a civil war, and failed reconstruction, the civil rights movement brought the conversation forward: Obama’s presidency suggested how far we have come and Trump’s how we have utterly failed. 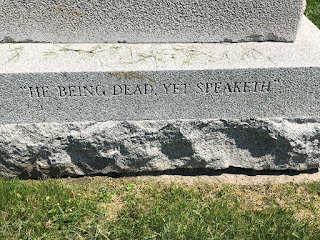 White working class people took the racist bait as the majority always has (and since the Nixon shift of the political parties) and rather than align their economic interests with others suffering similarly went with race over class. In effect, the plantation owners, especially in the form of Wall Street, convinced under informed whites to side with them economically and appealed to their basest racist instincts to seal the deal. You gotta hand it to Republicans, I mean the way they made their case without being so _explicitly_ racist as to make their exurban voters feel uncomfortable and then con them with “class warfare”, tax cuts, fear of the socialists, and the rest. You gotta hand it to Democrats for being so astonishingly inept, tone deaf to their own messages, and so incapable of making their own case, both on social justice grounds and pocketbook classism.

With Trump doing rallies for 2018, Republicans are invited to take the shameless road to racism, no dog-whistling required: we are the party of white people, those other people are for “them.” The argument among Democrats is whether to expose this racist Republican narrative plainly for its moral depravity or to pivot on class issues. To wit, do they appeal to white working class people by telling them this is not who they are or who they want to be as human beings or do they try to tell them they are getting conned, ripped off, and not helped by incompetent Republican government that does not share their economic interests. It’s not quite this simple since so many are driven by their particular peeve that determines their pet: guns, Jesus, the flag, you pick, but it is a not insignificant fact now that Trump, Rosanne, and the rest are out doing their job.

You would think that shame and decency would have a pull on white Protestant society, especially on those who share a non-mainline church heritage given their religious claims as “Christians.” But I think we underestimate how religion has been used to foster racism and particularly the ways in which Christianity has been used in America to bolster and justify the very core of Trumpism in all its various forms of unabashed and debased immorality. Evangelical Christians are not being hypocrites, they are doing what _they have always done_. They are using religion to advance white supremacy both explicitly and nowadays more implicitly because that’s what’s required.

During the Civil War the Confederacy and northern Democrats (then the party of explicit racism) both argued that liberating the slaves would bring the moral ruin of the nation and used “miscegenation,” a term in fact _invented_ for the purposes of creating racist fear, as their _policy_. To wit, _those_ people will come, they will steal your children, marry into your families, take your culture— this Trumpist argument, now the Republican Party, is _not new_. Democrats today are not by any measure free of racism but +may+ represent at least an effort to acknowledge and address it.

I might also remind you that the Abolitionist arguments and the calmly reasoned decency of Frederick Douglass and others were like voices in the wilderness. They were so very correct in understanding the issues and pointing out the moral depravity that suffuses the public’s views and actions, but they did not win a majority. They fought for justice _knowing_ that they could not win the majority on social justice grounds: that the religion of their opponents would justify their racism. This is an important fact as we approach 2018 where the _only_ argument is whether Trumpism will be given the same license it now enjoys.

How to win?
In certain places Democrats must run towards the arguments of conscience _and_ economics, reminding women in the suburbs and their own constituencies that they are the party of moral decency _and_ economic opportunity. But elsewhere, like what we saw in western PA, they must understand that racism is _structural_ and that the moral argument against Trump will be understood as a personal affront to their choice to vote for him. Democrats _might_ win on class economics and while whites may warrant being called racists by any serious analysis, they can still be won over by greed, personal interest, money first, what we like to call “pocketbook issues” because calling it more honestly doesn’t feel good.

None of these strategies for victory addresses America’s sins and the conversations we need to have. But America refuses to be serious about…most everything, especially things that require thought, education, and reflection. I am not sanguine this will ever happen. I am sure I don’t want anymore Trumpism than we must endure. Vote them to the margins. To do that requires winning some votes.