Skip to content
September 16, 2017September 16, 2017Douglas BrooksLeave a comment
In this age of short attention spans, virtual facts, and lowered denominators, let me ask: when is it important to exaggerate, lie, and cynically promise the moon when you know that leveling with people is a loser?  Do good ideas need to be lied about or surrounded with misleading, unfinished, and incomplete truths just to get an airing?  Do we have to promise the moon just to deliver a pizza?  How do exaggeration and untenable promises play a role in creating the necessary memes?  Does all that just set you up for failure, berated eventually as a sell out when you can’t make it happen? 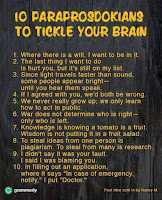 The right wing in America has a _machine_ set up to allow their lies to go unchecked and repeated.  It’s called Fox, Breitbart, Rush, Hannity, etc.  The left has no such mechanism and then goes on mainstream media shows only to be legitimately interrogated, forced to take the facts seriously, and get creamed because, well, when THEY lie, they get busted.  The right’s false equivalences go largely untouched or the right dismisses the MSM and honest journalism is deemed fake.  It’s lose lose here.  But we persist with the same necessary question: do we lie to _get the right idea on track_ OR do we level with people?

Religion, I will also remind you, has a long, storied history of promising everything and delivering little.  And these religions have a way of WINNING, if by that we mean, they are still around spewing their nonsense.  It’s not about leveling with people, it’s about selling them something they _want_, and if that involves nonsense, so be it!  Jesus is coming.  Said the 1st century evangelist.  Okay.  Continue to LOOK BUSY.  I  assure you.  He’s still coming. Umm, sooner or later.  Right.  You get the point here.

But the issue isn’t only religious fantasies.  There’s something far more practical I have in mind.  I’m asking about how to reach into people’s hearts and minds and PLANT A GOOD IDEA that otherwise will just wilt or fail.  I’m asking with seriousness if it is actually necessary to go through this process of dissimulation FOR GOOD REASONS, that is, to get something eventually that is more honest.  Let’s be plain: without the bullshit, no one pays attention and no one buys the story they _want to hear_.  Turn it around: too much honesty, same problem only worse.

Now, one could argue precisely the opposite: that a good idea needs no exaggeration or false sell because, well, it stands on its own, it’s a _good idea_.  (If this were true Rajanaka wouldn’t be, you know, just us…)  So this strikes me as patently false, at least for the majority and not-us.  We live in a country where people regularly and routinely ignore their interests, vote against them, and fail to take seriously almost everything that is important because they would rather watch reality TV and believe it.  There are people who think Obama was born in Kenya and lefties who think Bernie’s healthcare plan could pass a Congress.

So the good idea I currently have in mind is universal healthcare and some sort of single-payer system, which is currently being sold as “Medicare for all.”  Here’s why I think it’s a good idea being lied about: math and fear.  The math problem isn’t that it can’t be solved.  There is no reason why the richest country in the world can’t afford healthcare for all: we know the oligarchs and their politicals will oppose it and work tirelessly to convince the low information American.  Since most Americans get their healthcare from employers, which doesn’t mean they get good care, they will be reluctant to change when they find out that premiums, deductibles, and other costs are now called “taxes.”  The word “taxes” will be enough to scare them to no.

What’s left then is _how_ to get to healthcare for all and some or another single payer?  Do we go with the Bernie talk, which has zero chance of winning unless there is a complete Democratic take over of every branch of government including 60 votes in the Senate?  OR do we tell the truth about that?  I’m not kidding.  We NEED to get people onto OUR meme, which is healthcare for all MUST happen.  So do we knowingly tell them exaggerated bullshit, the way Republicans do _all the time_ (e.g., repeal and replace with NO REAL PLAN)?  Or tell people the truth about incremental change and real costs, you know, LEVEL with people?

This week, among the 17 Senators siding with Bernie’s Medicare for All, are serious Democratic Presidential candidates.  The question is this: are they honest AND should they be?  Not so much.  So I’m thinking that Harris, Booker, et.al., are taking a play from the Republicans: promise the moon and work the facts _later_.  Why not tell the truth?  Because it’s too hard for Americans to accept what’s real and, more importantly, they _need_ a hype to hear _anything_, they need a team, a cause, something BIG to root for.

So we’re left with two strategies: lie big to try to make the meme take hold or use acidic candor to try to deal with practical facts.  The latter tactic —cool honesty— has not served us any better than lying big.  And it has the added disadvantage of believing that people, our fellow citizens, the American people are adults and will act accordingly.  I seriously doubt that is possible given both attention spans and the hard to swallow facts.  Should we lie big to get the point across or keep to the hard facts?  I wonder.