For President’s Day I reread Lincoln’s Second Inaugural Address. Its most familiar bits about malice towards none and charity toward all remind us that this hope was not realized but reversed in the aftermath of his death. The Confederate traitors largely did not pay for their crimes of treason but rather freed black people who were denied just about everything including freedom. Had Lincoln’s vision extended across the land to realize the new birth of freedom he’d proposed at Gettysburg perhaps we would not be where we are today. 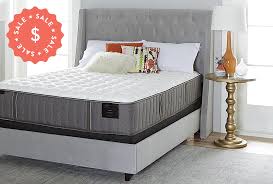 Progress may always be incremental in a world in which we must compromise, and so by definition corrupt ideals and values to accommodate those with whom we deeply disagree. Diversity demands that we accept our differences will create controversy and deep disagreement, that we will be uncomfortable with ourselves as we struggle to fathom another whose values are so dramatically unlike our own. To build a world on compromise requires we come to the very brink of tolerance and decide which boundaries we will not cross. To refuse, to thwart and reject even the idea of compromise is how we have arrived at our current impasse.

As much as I approved of President Obama’s executive actions regarding immigrant protections (though not his larger immigration policies), I lamented that he felt it necessary to take those measures because an absolutely intransigent Republican Congress had decided _even before he was inaugurated_ that everything, _every last thing_ he proposed was to be unequivocally rejected. Republicans declared the _moral equivalent_ of war on the fragile ethics that we must all choose in order to participate in compromise. No one wants to give up their cherished project or position. We may always be at the precipice of our own personal standards just to entertain the others’ opinions. We may have to reject their views as unacceptable. And then what?

But this is not what has happened. What happened is not a moral equivalence. Mr Obama may have gone a step too far with executive powers but the Republican Congress had openly declared their complete unwillingness to participate in _any_ compromise, even after he had won a convincing second term. This brings me to another portion of Lincoln’s second inaugural address where he writes, “Both parties deprecated war; but one of them would make war rather than let the nation survive, and the other would accept war rather than let it perish. And the war came.”

The war came not with armies poised on a battlefield in central Pennsylvania but in the halls of Congress where Republicans declared their disdain for democracy itself. We can argue whether Democrats could have behaved differently but I will not indulge further the false equivalences.

Democracy’s purpose is to create the possibility of living together in plausible disagreement, it is a messy, uncomfortable business. Or at least it should be. When one side refuses to play the game at all it is not so simple as to retreat to play another day. For eight years Republicans established a norm of moral warfare in which their strategy was to use democracy for any purpose but its purpose. When Trump came along, utterly ignorant and blithely indifferent to learning anything about systems of government, Republicans got their natural leader. This is why McConnell plays the toady at this phony “national emergency.” It isn’t merely to placate an imbecile who is as incompetent as he is cruelly narcissistic, it is because McConnell is as craven for power. The Republican base has refused democracy and he knows it: all that is left is _their_ America in which there is no room for anything but them.

To compromise is to relinquish some portion of one’s power for the sake of living another day, making a go of it, working together because the alternative is war, anarchy, discord, and collective failure. We are failing because _one side_ acts in bad faith, in contempt of the very processes that prevent “war.”

With a Democratic Congress the system will not correct itself but it can be used to low the machinations of failure, the slow tempo war on democratic values. I would end only by saying that those values are _at their very best_ when we find a way to live with ourselves in some kind of compromise. Functioning, progressive democracy requires that we live in the space between what we want and what we can achieve. When the other side will not cooperate than that incongruous place becomes a battlefield and as the terms of engagement escalate the possibilities for civility deteriorate, we are left with a sham. And so we are.

What remains without a deeper reengagement of purpose will be only profit for the few, justice for the privileged, and a system that will not itself “save us.” To save the system we will need the rule of law and, more importantly, a change of hearts. Will the side that has chosen a debased absolutism chooses to do the more difficult work of compromise? They showed signs in the deal they cut last week that Trump signed. When no one is really happy with the outcome we have arrived somewhere in the disturbing purgatory that allows for tomorrow.

What Trump has done with his phony declaration will not be rejected by elected Republicans until their electorate understands that being the minority they are places them in a completely untenable future should they decide compromise is too complex. Everyone wishes for simple until it arrives. Our choices are still complex despite the vile simpleton and his sycophants. That is, for now, the best thing we have going: that there is enough institutional provenance, enough history of democracy as the best worst system to survive until they can be removed from office. Of course, that depends on whether our system itself is not rigged to suit their debasement of Lincoln’s most worthy proposition.

What Republicans will discover if we survive this debacle (because they will become a minority party) is that in this assault on decency and moral war on democracy they have the most to lose. What Democrats must do is hold fast and not forget to leave room in the room even for those who have chosen absolutism or nihilism as their moral standard.