Skip to content
September 28, 2015September 28, 2015Douglas Brooks1 Comment
As we recover from Pope Francis adulation we notice that Rome isn’t burning but basking in a brighter light of self-legitimation claiming relevance for modernity while Republicans procure a new meaning to the word “arson.”  Is there a word for burning down your own House?  Or the Republic? 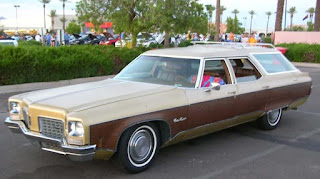 We’ve heard so much about faith and conscience with tears of affirmation flowing on the streets and from the seat of the Speaker and just as much about “a victory for the crazies” that comes not from another cultured despiser but from one of their own. (http://www.newsday.com/long-island/rep-peter-king-john-boehner-s-resignation-is-victory-for-the-crazies-1.10889507)

I am reminded of a mention in Newsweek from an era no less troubled or bereft of insight, somewhere around 1975 when Olds still made their Custom Cruiser.  Not quite the Pope’s new Fiat but don’t let that fool ya’.  It’s still not true that “The news from abroad has become unintelligible.”  This would be the end of civilization and we’re not quite there yet.  It would be tantamount to saying that we cannot understand each other, that language is untranslatable, and actions unaccountable.  Incidentally, I would also be out of a job. We need to interpret reality, not succumb to unknowing even when we know we can’t know.  All the same might be said for what’s going on at home.  Whether we look to some bygone past or the present, we’re be no better off if we just give up trying to make sense of the madness.
To assert madness is beyond our comprehension does nothing to empower our better, albeit imperfect understanding.  It emboldens the mad because they know they aren’t.  Not only aren’t they mad, they are perfectly sure they aren’t.  As Professor Krugman rightly asserts, the current machinations of Republican “leadership” will only portend more government dysfunction and obstructionism because such certainty is their aim.  (http://www.nytimes.com/2015/09/28/opinion/paul-krugman-the-blackmail-caucus-aka-the-republican-party.html?action=click&pgtype=Homepage&module=opinion-c-col-left-region&region=opinion-c-col-left-region&WT.nav=opinion-c-col-left-region)  Do we need to remind ourselves that the only thing more dangerous than ignorance iscertainty?

Is it mad to dissemble in order to dismantle the work of government?  Hardly.  It may be sedition or in the most generous sense —if you are mad enough to think that a 21st century superpower can function without government— it can understood as just another philosophy of polity.  What we can understand is that this is deliberate, calculated, and advocating a clearly stated agenda.   Less government is government, at whatever cost to the needs of a republic that projects its empire and provides the standard for economic stability in a world that teeters on disaster as an everyday experience.  But never underestimate the power of conviction to overwrite reality: it’s a mainstay of politics and religion driven by intractable principles and self-proclaimed rectitude.

In the Age of Meme where “fact” is reduced to mere repetition, let us not forget that the literalist faithful will listen only to those who confirm their views: views created and reinforced by those from whom they learned their meme.  For the Republican meme-teaser, enter Fox News, Rush, et.al.  For the refashioned Catholic, that would be Pope Francis.  Irony never suffers from transparency but it is cannot help but be lost on the literalist yearning for genuineness.

Let’s imagine for just one moment that the President actually gives the Tea Party caucus the government shutdown they would apparently prefer to Congressional funding of Planned Parenthood.  I mean the entire agenda of shutdown with no “essential services”: airports without air traffic controls, no paychecks for government workers, including the military, no food inspection, thousands of trucks left at the borders and container ships in port, shall we go on?  We might want to return to facts, such as the obviously edited and manipulated videos that are being touted as “evidence” of human atrocity or Mrs. Fiorina’s blatant lies of having seen even worse video.  But would that change minds? (http://www.factcheck.org/2015/09/planned-parenthoods-services/)   Facts don’t have a hold on a reality that is, in this age of verbal ingemination, nothing more than virtual hearsay.  There is real hope for truth, but that would only be possible if we were as equally willing to accept truth as provisional, incomplete, and not much like such conviction, much less faith.

Say it with enough certitude like Mrs. Fiorina, or sincerity like Pope Francis, and you rise in the polls or are lauded for possessing the spiritual elan of a “strong, decisive” leader.  We so desperately want that feeling of groundedness, stability in our fragile existence, the human assurance it’s all just gonna be fine in the end— but are so utterly incapable of understanding the consequences of incontrovertible assertions or what we must endure before the end.

All of this may frighten you to the bone but have no doubt that a significant portion of the voting electorate wants conviction for the same reason it wants faith: because creed proffers the only challenge we have to face palpable change, everyday uncertainty, and our urgent feelings of vulnerability.  The Pope’s gentle and humanistic tones bring needed serenity but can’t aver the problems that come when faith becomes an affront to enacted secular law.  (Enter Kim Davis on the Rightwing meme machine.)  We may each have, as Pope Francis said, a human right to conscientious objection but how is that without consequences for others too?  One wonders if that right to conscientious objection extends to the views of the Church on women’s health.  He assures us we will be “forgiven” for disagreeing or, worse, acting in ways that may honestly cause our conscience to be just as concerned for his belief in supernaturally conferred moral infallibility.
Let us add too the craving for authoritative probity and worldly determination that informs the Republican’s impression that the CEO-class is America’s true leadership so that the objective of undisturbed corporate profit can sit comfortably next to a social agenda driven by an uncompromised religious conscience.  These memes may point to a politics of falsehood that disregards the realities of a shared diverse humanity but they are also clear policy objectives meant to be enacted.  And that is not madness.  That is a stated agenda that can be resisted, marginalized to the periphery of power, and consigned to dustbins of history. Madness would be sitting out another election and letting others vote for these policies.  The “crazies” are trying to take power: they have more power when we call them “crazy.” We’re never off the hook; but we’ll hang from the hooks others use if we choose not to take their views seriously.