For all of his many serious faults and deep complexities, Abraham Lincoln meant to change America, not merely restore the Union. Before 1859 America created self-evident truths that were neither self-evident nor true unless you were white, male, and landed. The facts of American life were grim but for the few because even if one were born white and free, chances are it was also poor and always near-desperation. The struggles of survival have never been far from the surfaces of even those pursuing hard work and betterment —provided of course they are part of the structures of privilege that hold for them those possibilities. If you were (or rather, are) born outside of the confines of privilege your chances have always been matrices fewer. Before 1859 our original sin— the America built on slavery and exploitation— was the most self-evident of truths. 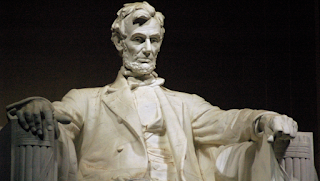 Lincoln’s views of slavery are too complex and even shameful but he eventually came to an arc of understanding those original American propositions from a renewed sense of their value. He made two points I think make Gettysburg his best and final principled stand.

First, that we are a nation that is conceived in liberty and dedicated to a proposition. Idealist, yes, and so far yet unrealized but Lincoln explicitly changes the terms of our conception. We must not and cannot be a nation based on the privilege of one race, one language, any religion or ethnicity or gender, or any culture but that which is conceived and dedicated to the proposition. He is implying, without much doubt, that the diversity of Americans must be affirmed in order to permit this renewed dedication, that we are Americans because we are ALL in liberty and dedicated to a proposition.

Second, “It is for us the living, rather, to be dedicated here to the unfinished work which they who fought here have thus far so nobly advanced.” Lincoln looks to the present, to the future, to the living to realize the American claim. I think that _dedication_ would have and indeed must include a reckoning with our original sins and failures, a turn toward the American shadow, not only towards its light. But it is light that Lincoln sees ahead —and it is shadow we have continued to deny and incorporate into our better angels. The Republican Party was supposed to be that reclamation of ideals and a dedication to those propositions. Like all of the politics of America after Lincoln, it has failed. But now, now the Republican Party is turning itself back, back to 1859.

Before Lincoln the ideals of America were nothing but lies used for privilege and power. Lincoln meant to renew, dedicate, and change that political and social reality into something _American_. Trump means to tell white, especially male America that _it_ is the _real_ America, the true Americans. Not brown people, not immigrants —and who among us is not? White culture must admit others _only on its terms_ as subordinate and secondary. Trumpism is the New Republican Party, the one that rededicates to the lies of America of 1859.

Built on nostalgia, forgetfulness, denial of the shadow of America’s tragic past, rooted in old time religion and a real rejection of modernity, its life-blood is resentment, anger, and, above all, fear. This New Republican Party will purge Mitch McConnell and the “establishment” not because these men are less willing to serve the rich and exploit the poor but because the test of Americanism must be loyalty to the leader of the 1859 forms of white cultural domination.

Welcome to Trump’s America. They will rule until the majority of America decides to vote and figures out how to change the hearts and minds of the Former Party of Lincoln. America has not forgotten the Party of Lincoln, it has never become it. And Trumpism has now made that perfectly clear. What more we can become will depend upon our dedication and if we believe in the propositions that were supposed to guide us.