Skip to content
July 16, 2017July 16, 2017Douglas BrooksLeave a comment
We’d have to poke into conversations and polls to make the point of today’s sermon stick. But the issue I raise here might be more than correlation— it might be causality. That is IF you are inclined to a faith-based worldview— especially one that adds in race and nationalism— THEN you are more likely to stay your course voting Republican, no matter what Trump says or what legislation they pass. Nothing about the facts matters as much as faith. 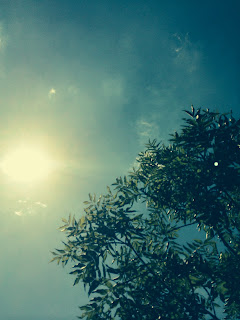 My claim is that the more inclined you are to include God in your belief system about evolution, the more inclined you are to support Republican/Trump views no matter the facts. If Pew were to track this relationship between religious belief and Republicans there would be a way to support my thesis, which is simple enough. Trumpism flourishes because, among other things, it operates on the same basis as any faith cult, say, any form of orthodox Christianity (but it matters not which religion).

Fealty with such worldivews requires the _tendency_ to believe without recourse to the processes of learning that require contrariety. That is, faith requires the ability to withstand argument or evidence to the contrary in order to (1) retain fealty with the tribe and (2) direct an agenda that follows from the faith claim. You’re in or you’re out and because you _believe_ this or that —and particularly God is somehow involved— you can advocate some or another agenda (oppose abortion, same sex partnership, etc.) Trump’s faithful don’t care if he holds these particular God-views. They care that he identifies with them as a white tribalist and that his epistemology —his theory of knowledge— is _faith-based rather than fact-based_. Why?
Why choose faith over fact as a way of thinking and living your life? First, because you don’t know any better. The lessons of science are not only complex and hard to learn, the _implications_ of these facts are _not taught_, even in advanced science classes. What is true about our mortal and moral lives because of what natural selection, cognitive science, and all the rest have taught us is largely unexplored intellectual territory in college classes. Most Trump voters are not college graduates and the base has no more than high school where almost nothing about these subjects are taught _even factually_. So as a culture there is no access to fact-based claims that would be rejected if taught because they are contrary to established faith-based claims.

Those with faith-based claims are also _far more_ likely to support views that are (1) contrary to self-interests and (2) withstand little critical scrutiny (e.g., evolution vs. creationism or support for Trumpcare). The reasons for this are complex but the foundation is clear enough: to reject the faith-claim is to risk being outside the tribe and the faith-claim itself overrides any other fact-based argument. Your alternative facts are nothing less than your faith.

Further, in a faith-based world you don’t learn by asking how could you know if you are wrong. You can ask the Pope anything —’cause, you know, he’s a nice guy and all— but the idea that Jesus might not be the only begotten son of God come to save you, that is _not_ up for a change of mind. And all fact-based learning must be willing not only to change minds but to reverse conclusions. When we find out what’s true, we can be turned completely around until the next time. But that’s the name of the honest knowledge game: conclusions change on the basis of fact-based learning. Instead it’s just as plausible to cling to (guns and) religion— your belief, your faith no matter the facts—- because that is part of your cultural and personal identity formulations. You don’t just want to believe, the costs of non-belief are socially and personally dire.

We don’t have to go all the way to the existential fear of death, the pursuit of meaning in daily moral tragedies, or realities of human venality to witness the _need_ to believe. When the world offers no actual consolations, when we realize that morality is only up to us, or that people will do the next unthinkable thing, we _want_ to believe that there is a higher power that will make this all somehow better. Perhaps even more important is that there ain’t no one who wants to _feel_ the aloneness of a shared mortal existence. The need to belong is the need to believe.

Now for a few more (pesky) facts. According to Pew, “belief in creationism is 21% among those with postgraduate education versus 48% of those with no more than a high school diploma. Agreement with evolution without God’s involvement is 31% among postgrads versus 12% among Americans with a high school education or less. However, even among adults with a college degree or postgraduate education, more believe God had a role in evolution than say evolution occurred without God.” Add up these numbers and you will find a correlation between Trump voters and supporters of the Senate wealthcare bill and the role of God in creation.

[Could one believe in a God(s) that had nothing to do with creation? This is entirely different theological rant. But the point is that nothing we have learned from Darwinism, physics, and other fields of modern science proves “God’s involvement” and everything we know thus far (all knowledge is provisional is another thing the faithful really can’t like…) demonstrates the contrary.]

There is also a strong correlation between race and education with creationism and God-participating evolution among Trump voters. So faith in God is faith is _us_. This is the important take-away that further explains the Republican Faithful’s willingness to stick with their President even if he shoots someone on 5th Avenue. He was right: their need to believe is not only real, he understood that they have an even greater need to belong _and_ have learned _no other way of thinking or living_. Faith is their emotional bond to one another, to Trump as the totem of their tribe, and believing in things that have no basis in fact is _normal_ and _expected_. Nothing changes minds when hearts have already decided what is true.