Skip to content
September 18, 2015September 18, 2015Douglas BrooksLeave a comment
Welcome to the Republic of Bananas. Who else remembers when Banana Republic sold, you know, stupit [sic] safari clothes and stores were dressed up like ersatz yoga huts that conjure a Costa Rica retreat center? Do you remember hearing Jethro Tull’s “Bungle in the Jungle” and sound machine tropical birds before there were apps? 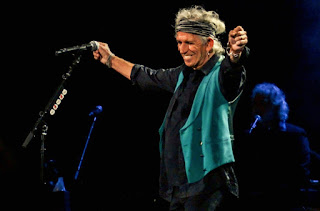 I bet you’re wondering where this is going, if you’ve read this far. So, first the good news, the rest of the Keith Richards’ new album came out today, which is almost enough to make up for the rest of this post. Start with Trouble: “Baby trouble is your middle name The trouble is that that’s your game…”
You see, I’ve been writing to Hillary Clinton, not in any personal way, only through the usual Contact Me websitey ways and (add sad face here) she’s not writing back. I’m hoping not to hear from the FBI or the IRS (small fries get supersized payback?) Of course, I remain inveterately polite, seriouslikeacollegeprofessor, and I’m never looking for Keithkinda’trouble. But the +political+ issue of our times is our BananaRepublicness, it originates before any stated policy and it’s simple: Whose money do you take? What the candidate says means less than from whom they get their money, so The Boss calls the tune (and that’s not just in the EStreetBand).
The latest PAC attack from a Clinton proxy against Sanders broke my heart and the good news is that Bernie supporters just gave him 1.5m in $34 increments in 24hrs. So after Bernie loses the nomination (remind yourself: you can do simple arithmetic in a southern primary accent, right?), will the people come out to stop Koch Industries Latest Acquisition (Rubio, Fiorina, Jeb!) even if the alternative is HRC, Inc. a wholly-owned subsidiary of Wall Street’s Other Side of the Street? Ordinary people need not apply.
In a BananaRepublic—not the apparel kind—BigMoney buys the politicians. They then compete to appeal for the AngryRabble without drawing any attention to their Sponsors. Hence, the fake PAC names, “Americans for Prosperity”=KochBros Long Term Profit Fund, but you know this. The Republicans have a problem and it’s not Trump, it’s the discrepancy between BigMoney and TheRabble. We all know Trump can’t be bought. That’s the key to the conflict: BigMoney wants more outsourcing, offshoring, cheap immigrant labor, cheaper the better. What does the Rabble want? No more outsourcing, off shoring, or immigration. They will happily work for nothing and hate having affordable health care because Obama. So fear not! Fox will smooth over anything like the facts to secure the meme and the Nativists will find their champion in Jeb! or Carly or even EstablishmentKasich. They’ll buy what they are told. Memes are genes. If you think Kasich or Bush aren’t Just As Crazy, check out today’s NYTimes here: http://www.nytimes.com/…/crazy-talk-at-the-republican-debat…
I’m putting Keith’s new record on repeat until November 9th 2016. All I ever dreamed to do be was Nicky Hopkins looking across the stage from the piano…Everybody needs something to dream about in a Republic of Bananas.