Skip to content
September 21, 2015September 21, 2015Douglas Brooks1 Comment
Enter Carly Fiorina, the latest flavor of Republican hell bent on repeating her own versions of self-aggrandizement indifferent to lies or truth.  She believes what she says not because it is true but because she believes in herself.   And this is something The Faithful require since the prerequisite to “truth” telling must be faith, the all-purpose sound byte that avers evidence or reason or reality.  There’s nothing more to it because there’s nothing the facts can do when conviction will suffice. 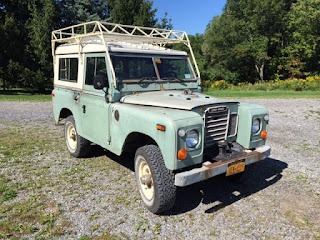 That there are no such videos of abortion that Ms Fiorina used so effectively to manipulate her rise in the polls matters not one bit if there is a rise in the polls.  She may prove herself to be the great hope of the faction of Establishment Bankers that own the Old Republican Party: compliant to their bidding and a rouser of the rebellious who will also not rise to revolt against them.  That millions of women, especially the poor in America, would be denied healthcare if Ms. Fiorina’s plans go forward is only as important as her prospects, at least to her.  That we can count on.

One of the ironies of the Big Lie is that we so wish Goebbels had said it that it’s come to that, he said it whether or not he did.  “If you repeat a lie often enough, people will believe it, and you will even come to believe it yourself.”  Someone said it but more importantly many others will repeat: the lessons of propaganda are as old as humankind.  In America the key is to say with feeling whatever you believe and with that douse of conviction that suffices to create a rise in the polls.  The pursuit of power is the all of it, lest we mistake the purpose.
Truth can never survive the declarations of “We the People.”  But the powerful dislike rebellion even more than they distrust the rabble they must entreat to vote for them and against their own interests.  That is the test of democracy in the age of the meme where fact-checkers are ill disposed to interject until the story has profited all and they too can sell their next story.  Power is about the money, but they’re rarely separable when fame lasts only as long as a news cycle.  What would Achilles have thought of that?  No longer regnant over the immortal, fame and fortune are now other forms of renewable and expendable energies, like drilling in the newly opened waters of the Arctic where we can witness the demise of human sustainability on all fronts.
Complexity always confounds and Occam notwithstanding the world is only to be reduced further at painful cost to reality.  Humans persist however both to hone the edge of that razor and to console with a simplicity that does not exist.  Global communication has not only revealed the depths of conflict but the insolubility of the condition that fuels our shared situation.  California burns and Marco Rubio makes jokes about bringing drinking water to the spectacle of the “debate.”  Fiorina and Trump discuss their respective business failures as qualifications for the Presidency.  Democrats look on aghast and yet refuse to admit that their own case has not proven effective enough to win enough voters to oppose the madness.  We are, as a species, running out the clock not because there are too few reasons to act but too many to understand.
It will take a collective will to alter destiny because fate has already taken hold: the past will determine the future because the present is absent, too convicted of its own beliefs to change course — that would involve changing minds.  At least half of us refuse ever to admit as much and it will likely take far more than that to do the needful.  It’s not all gloom by any measure, the earth remains a beautiful place even if humanity doesn’t make the cut.  In the meantime, hold fast, the storm shows no sign of abating anytime soon.