Skip to content
October 24, 2016October 24, 2016Douglas Brooks1 Comment
American men are indeed in deep trouble. This article puts together some of the facts and circumstances that point to our collective failure. But there is far more to the story than economic displacement and social injustice. There is the need to confront our history, our shadows and failures in ways we have barely begun to consider.  (Here is the citation from The New York Times: http://www.nytimes.com/2016/10/23/opinion/campaign-stops/men-need-help-is-hillary-clinton-the-answer.html) 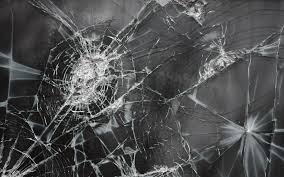 I shudder to think the kind of sexism that a new President Clinton will daily endure as President Obama has the shameless, contemptible, and toxic racism that is all too evident in our social discourse. I am, however, confident that President Clinton will work for change that benefits those who oppose and obstruct her. But that is not enough. She will need more if there is to be real change.
Let us be honest: the majority of white American men, if our current election is any indication, are not up to these tasks of self-reflection and criticism. To become more educated, aware, attuned to the depths of structural sexism is vital to America’s social progress and to our collective experiment. But it will require a level of reflection that America has yet to consider: that the greatness of the American Experiment was, in fact, set forth in the words of the slave-holder Jefferson whose relationship with Sally Hemings remains an inexcusable iniquity that points directly to our historical failures and need for collective transformation. Slavery, sexism, and homophobia are as seminal to the American story as are the animating ideals set forth in founding documents.
An important part of such reflection must come from the _minority_ of American men who are willing to do the work. Such work must do far more than legislate equality in the workplace and guarantee womens’ rights: it must also commit to a more thoroughgoing education and needed example. Laws are important but they are not to be mistaken for change. What will boys become without instruction from men and a society committed to studying history with critical awareness to change the entrenched paradigms and structural failures? Will we address the American Experiment’s on-going process that studies these errors rather than capitulates to Trump’s insipid white male grievance?
It is not enough to reprove Billy Bush or disavow Trump and Trumpism: Americans require an alternative that emerges from within, one that also clearly replaces and disavows Paul Ryan’s tedious and inane admonishment that we “champion and revere” women. Ryan’s tepid Trump disavowal is still more patriarchy in the cloak of an antediluvian honor culture that must not provide the alternative to more meaningful change. Such vapid drivel has to be broken so it may be replaced with a more incisive body of criticism. And since when do the entitled take well to criticism? As much must be said, day after day, about structural racism whose very existence is typically denied in favor of fatuous claims to individual responsibility. Ryan and company appear clueless to the role they play in furthering a dominance interest that they, as white men in particular, must dismantle by reframing intentions, words, and actions. To this situation must also be added our structural homophobia, attached as it often is to self-validating religion, recognized and addressed as part of the paradigm of historical oppression.
The majority of American white men, I repeat, are _not_ yet up to these tasks. The rest of us must not become their enemies or enablers but instead provide a real alternative, willing to do the work that will change generations ahead while we care for the lack of self-care and volition that needs to accompany the processes of change. We are a sick society with impeccable _ideals_ as yet unrealized. We will require the words, the actions, and the examples that bring us, day by day, to better and more hopeful realizations.