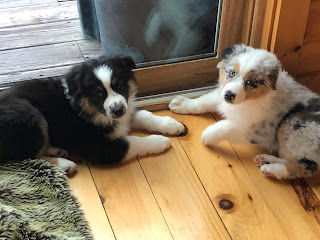 None of Trump or Republican disinformation can happen without their propaganda machine. Fox plays their dupes like a violin. While the company is telling their employees to shelter in place as far as possible and follow reasonable instructions for personal health, they have rolled the virus into their most familiar narrative.

Let Jeanine Pirro make it clear for you. She said this on Hannity: “They want to keep us away from churches and synagogues. They want to make sure we don’t go back to work. They don’t get it. The American spirit is too strong, and Americans are not gonna take it.”

Watch Fox News just for one day, well, 20 minutes and you’ll get the brand that makes for Trump and the “appeal” of the Republican Party. It has three pillars: government is the enemy, education is an elitist conspiracy of falsehoods that undermines faith and the “real” truth, and the media are liberals out to take away “your” life—except Fox and your familiar “conservative” friends. The paranoia, racism, anti-science anti-intellectualism, the fear and anger, blame and identity is baked in to every story.

You are the “they” of Pirro’s comment but what black and brown people and other minorities know is that they are the particular object of this otherness. The racism is now utterly shameless with the dogwhistles made the clarion clear.

Why does Fox do this? That is, urge their employees to reduce their exposure to the virus while they tout the current Liberate protests and all the rest of their sham? For money. Fox’s audience is enormous because that particular segment of America watches little else. They get rich because the 36% or so think this is the news. Culture war profits. It’s as much the money as it is the frightening ideology that propels this dangerous madness.

So too Covid-19 is another media biased conspiracy to take away your freedoms, driven by a pin-head intellectual class that despises you, all of it meant to change “your” way of life and give it to “them.” The usual doses of misinformation, fear, anger, and bigotry provide the cocktail now mixed as the Covid tale. There’s big money to be made with this captive audience. And as we know, Republicans would rather make money on this disease and, well, anything, than they care about decency, truth, or your health.