Let’s start with the assumption that the word “cult” is used pejoratively. We don’t think of a cult as a good thing but we need to understand too that it’s a term used for otherness when in fact it applies to all of us. 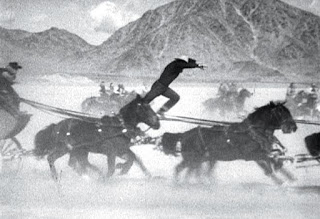 All groups, formally organized or not, are in some respects “cultish” insofar as they form around common interests, shared aspirations, stuff like that. Think: League of Women’s Voters as an example of not using “cult” pejoratively but as a group that has a long-standing institutional self-formulation. Things can go sideways, wrong, and unhealthy in any group because of things that make people predictably neurotic: money, power, sex, fear, you name it, people can do really bad and stupid things.

But we humans are social beings no matter how much we guard our autonomy or proclaim our individuality overwrites all. Did you build the road in front of your house? Do you really want everyone to have to build their own road without your neighbors? Think Plato, Aristotle, Yajnavalkya, Manu, Hobbes, Machiavelli, Kautilya, Locke, Rousseau, on and on it goes because people have to create polity and civilization in collectives.

Are all examples corrupt? Well insofar as ideals may not always (or ever) wholly achieved, sure. But that’s not corruption that’s just the ordinary incongruity between the world you wish you lived in and the one you really do, between what you want and what’s on offer. It’s all about that space in between, the place that we call “sammelana,” a word that few outside our group would know or recognize. All inside language is “cultish” the same way doctors, lawyers, musicians, mathematicians, and Sanskritists, etc. all need their expert vocabulary to move things forward.

So all a cult _really_ is an inside game and if you play well in that game, you’re in. If you don’t or don’t want to or don’t care, you don’t. Yoga is a very very big cult as professionals would acknowledge but you particular community’s yoga has its own tribe, its own sorta’ features of the cult: insularity, familiarity, leadership, fidelity, conflicts, challenges, specialized or local language. Think of “cult” a word describing socialization forming concentric circles—things are smaller when you get to the core. Form _enough_ circles of de-localization and you have legitimizing organizational theory in practice. I won’t write a book here about cults but to say that you are likely a member of many and that if you are not you are one lonely mofo. Carry on and try to be healthy about it. That’s relatively easy, btw. Just make sure to listen to your own heart, don’t compromise your character (too much, too often) to get along, and know the difference between right and wrong as best you can—they ask help, don’t be too damn sure of yourself, and make confidence and humility best of friends. Here’s the rest of the bit about the very sick Republican cult:

The Fate of the Cult

The Republican Cult is not an exception to how cults act, both in terms of success and failure. What can happen when a cult is in the midst of failing is that it can reimagine itself and end its sickness, its relationship to its leader, or it can go further to the margins, where it dithers in a newfound irrelevance. I’m going to take—you’re not going to believe it—the most optimistic route in an effort to offer an opinion about why Republicans will fail even if the don’t convict in the Senate. This should not sound completely unfamiliar to people who have had some cult life. Ahhh, hem. (Add requisite throat clearing noises.)

Part of what the cult—in this case the Republicans—fears most is that they were all be left alone, each in their own individual wilderness. This is part of the reason they have stuck with the cult, not out of fealty to its principles as such or the leader but for each other. The cult leader punishes infidelity and rewards silence as loyalty. It will take a genuine leadership that stands for values and shared interests that brought them together in the first place to reformulate.

Such a decentralizing, more principled leadership could lead most of the rank and file with them but the Republican cult doesn’t know how to do this—and their once leadership is utterly corrupt and debased morally, money being the core of their principles. They all will do whatever they think brings them individual profit: that is their ideology and the source of their potential failure. Ironically, the cult doesn’t know it’s a cult.

To overcome their utterly corrupt cult leader the majority in leadership would have to act as a collective (not as merely as individuals), banding together denounce him and proclaim a new day. The rank and file of the cult will largely follow if the vast majority of leadership takes this path together. They lose some but regroup to have a future. Otherwise they all have to fight for the leftover scraps—or turn to a new cult leader. This is their most likely move. Someone like Haley is next.

Now the good news is that Republicans don’t understand this which means they are on the swift path to self-destruction and a marginalized minority. The Cult will schism and if things go really well (not for them) then “conservatism” along with Trumpism will fail to bring the end of the republic as we know it. If the Democrats don’t blow it (yeah, yeah, we know…) Trumpism will consign America’s fascist cult of the wealthy to the dust heap of history where it belongs. A burning planet and the last, best hope for humankind may be at stake but why get dramatic?