Skip to content
January 25, 2018January 25, 2018Douglas BrooksLeave a comment
As Trump goes to Davos and events of the past week once again included talk of building walls, I admit to being a bit slow on the uptake. We can carry on about Trump’s wall with practical and honest arguments, declaring it to be unnecessary given rates of real undocumented border crossings or for the colossal waste of money it represents, all reasonable arguments that seem impenetrable to his sycophants. We can even agree that spending that money, even building some portion of that wall does not mean it will either be completed or can’t come down soon enough. 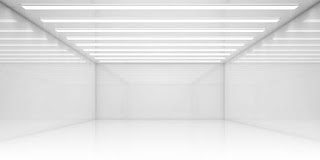 So why not trade it for Dreamer legislation, protections for other immigrants —Salvadorans and Haitians are of immediate concern and there is so much else to do. Is this choice so corrupt, that American taxpayers waste billions of dollars on something we don’t need and only evidences our failures of national character? Is this really so unusual? Let us hope Democrats have made a smarter than we think tactical move that will extract some decency from this inane folly.

But it finally occurred to me why “the wall” is so important to Trump and his supporters. It’s so plainly obvious that’s it may seem to trite to point it out: they need something more to hide behind, an exercise that they repeat again and again. They hide behind the fantasies of their nostalgic past where “America was great,” behind “guns and religion” as President Obama so plainly put it (much to reproof), behind the fears, terrors, and shadows of selves they will not interrogate or even acknowledge are in need of deeper consideration. Their wall is the outward and visible form of their inward and concealed fears, a shroud of ignorance that creates for them a real and necessary boundary.

That boundary is imperative, urgent, it will be “big and beautiful” because it stands at the end of a dead end they don’t even know exists— as they stand alone, isolated in the darkness of the unexamined self. Aided and abetted by the State Meida arm of the Party, Fox News, they are given a constant reassurance that there is an “other” out there that they need to contain, a policy that speaks to law and safety when in truth it is merely themselves that they rage against, that that fear more than all. Their other is themselves they project upon their wall. Locking themselves behind this “wall,” it is the only way they can cope with living within such a shameless darkness of self-made clarities and conspiracies, hiding from their hearts and averting any reckoning with their failures, their needs, their unrealized hopes. Rather than tear down these walls and begin the more compelling task of looking into lost shadows, they prefer to project them into the world a symbol of their certainties. And the only thing more dangerous than ignorance is certainty.

For the rest of us, I hope we see a way through this latest cloak of hypocrisy and obloquy so that we accomplish some greater good, looking as well into the hearts of those who refuse to look at themselves. We may revile their hatred and mock their ignorance but until we take seriously the walls they build around themselves we won’t look more carefully at our own. As we tear down these kinds of walls of toxicity let us understand the importance of making more meaningful boundaries that help us create healthy invitations to relationship. Even with those who might be unwilling to help themselves.