Skip to content
March 14, 2018March 14, 2018Douglas BrooksLeave a comment
Having resisted Twitter for its reductive abuse of a complex world, I find myself fascinated by its sutra-esque qualities that imply everything from finely tossed shade to revelatory stupidities made explicit by the spelling and punctuation challenged. Trump’s followers are, sad to say, actually worse than he is —likely because he went to “the best school” while they have apparently had little opportunity for any schooling. You don’t know whether to pity them or just revile the more. 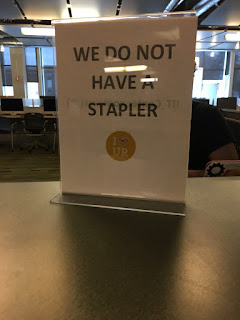 The key to Twitter success, as far as I can tell, is a sort of shamelessness, the kind that demands followers to write their own commentary on the sutra. India taught us that sutras don’t mean _anything_ without commentary and Twitter resolutely refuses to give us that kind of space. But Trump has actually demanded from us the need for considered Twitter commentary, just to understand our own version of collective decline and fall. Gibbon reminded us, “The winds and the waves are always on the side of the ablest navigators.” Tell Odysseus that.

But since I’m now following the Trump Twitter feed, I feel remiss, like I should have been doing this since the very beginning. I’m pretty sure that I would not have believed the polls when right before my eyes I saw the truth painted in lawn signs and 140…umm, 280 characters. I mean, we could reduce Trump to a fascinating case study in specious casuistry melded to mental illness and self-delusion were it not so plainly a threat to the existence of the republic. Alas, the fate of the world may come to an announcement that thermonuclear war has commenced as the President roams the White House living quarters terribly alone in his bathrobe. That’s not even funny, is it?

So what can be done but write our commentaries and occasionally respond in kind? Of course, we cannot be sanguine that a Republican Congress will act even if Mueller documents his indictable crimes and Democrats will squander their every claim to governing should they make an impeachment case that they can’t win in the Senate. And if they _could_ (they can’t) then Pence? That’s an appearance of normalcy that should scare the veritable bejeezuses out of all of us who see his claim to be with Jesus as a just as real threat.

But what’s so interesting about Trump is that he either really does think he’s got this or he’s as hip to his fraud, insecurity, chaos, and competent narcissism as we are. That seems an obvious call. But I recommend a tune in to this Worst Ever form of social media because when he’s not insulting people, he’s claiming victory after victory amidst confusion, lies, misrepresentations, and obvious facts to the contrary. There’s enough here to rewrite the entire DSM 5.

Just how long will his Loyal Following of Old Rural White People go along with this eidolon, cooling themselves with the shade of Fox handlers? I think the answer to that is forever. What remains to be seen is if women in those same demographics abandon Their Hero and, sadly, what it says when they don’t. Just how much abuse can one country take? Let me know in 140 characters or less on Twitter, @profdbrk, @rajanaka, #dbrk #profdbrk #rajanaka and stuff like that, or just write here, preferably in complete sentences*. (*optional)