Skip to content
August 8, 2018August 8, 2018Douglas BrooksLeave a comment
Ross Douthat in the NYTimes writes today about how the humanities are on life-support, at best, in colleges and universities. I am here not merely to confirm anecdotally those enrollment facts—my classes for the first time in 30+ years are under enrolled when once they bursted at seams.
The crisis in teaching the humanities is real because we have not learned their value or understood their necessity. Douthat claims their value but utterly fails to appreciate the origins of the problem and its plausible remedies. 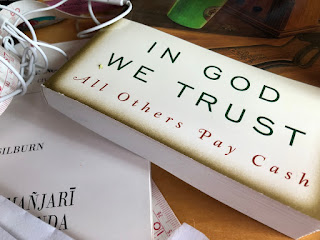 I’m not less now than I was when my classes were seam bursting and there are reasons that Douthat does not address. A significant number of our students do not have the language skills required to do essential humanities work given the serious pressures of science learning. I assign the work and it rarely gets done because they can’t do it and don’t have the time. But these same students do have the science skills and they are admitted to the college. The courses we compel them to take are wholly inadequate and urging them by building a “Humanities Center” into the university structure is nothing more self-rationalization and another way to subvent poor salaries for underpaid professors. This is another story entirely. But Douthat is right that the children of Hermes have lost the war to Apollo’s claims to usefulness. He is wrong about why this happened and has worse still ideas about any remedy.

His critique of contemporary humanist academia, I am sorry to say, is largely correct: they have made their work insular, self-important, inaccessible, and uncommitted to humanizing and developing the values of character that make the humanities more than political platforms. I don’t share Douthat’s rightwing peevishness about how the critical theorists now have little more than political identity agendas. I think those theorists do indeed raise the important issues about power, privilege, sexism, and exploitation. But I do agree that we have largely given up on thinking in the kinds of perennialist and humanist terms that would allow us to take seriously what makes us _human_ not merely human under this or that cultural and historical umbrella.

Humanists have _narrowed_ humanism because they run the risk of claiming universalities that are yet further expressions of domination and political determinism. To become real humanists again we will need to take more seriously how we can talk about shared values, ideas, and common human needs. For my part, I read comparatively with students, placing something like Aurelius’s Meditations nexts to the Bhagavad-Gita, and Dickenson’s poems beside Mirabai. What can two very different things tell us about the third thing: our shared humanity? But I am ahead of myself here.

Douthat has three explanations, all of which reflect his decidedly Catholic and rightwinger worldviews. I think he understands his own argument when he writes, “Communism is dead (I think), the religious landscape of the 1950s is even deader, and the humanistic history of midcentury was Eurocentric in a way that a more globalized and multiracial society could neither embrace nor sustain.” (To follow this line of thinking may require a close reading of the piece, but it’s short and typically easy to follow.) But he’s dead wrong as to what it would take to revive the humanities. He makes his proposal clearly enough: “First, a return of serious academic interest in the possible (I would say likely) truth of religious claims. Second, a regained sense of history as a repository of wisdom and example rather than just a litany of crimes and wrongthink. Finally, a cultural recoil from the tyranny of the digital and the virtual and the Very Online, today’s version of the technocratic, technological, potentially totalitarian Machine that Jacobs’s Christian humanists opposed.” This is neither wise nor possible. There is a better solution.

No humanist can talk about “religious truths” with a straight face because we know better: religions were once what we demanded to be true because we asserted facts without the critical apparatus, largely denied by the religious. Once we found out that their literal assertions were little more than superstition that game was supposed to be over. That it’s not over, that we still have to contend with Douthat’s idea that religious truths are “serious” is part of problem. What’s dead serious about them is that people take them seriously. This is why we need to study religions: not because they are true or because they humanize us but rather because people endeavor religiously and so act upon worlds of their invention.

First, for humanists to have a role in a 21st century learning process we must begin with _humanist_ rather than any religious notions of truth. That is, we need to have the temerity and seriousness to claim that we are pursuing matters that reach into our common humanity _through_ the windows of history, culture, and unveil the structures of power, prejudice, and abuse that have shaped civilizations. This dispenses with Douthat’s call to religious truth and invites us to think about being human without the fictions of any literal gods and their big hat standard bearers. Since I study religion for a living I can assure you that we must study how religion—sometimes for good, mostly for worse—continues to shape culture and individual lives.

That religion brings with it art, music, mythology, ritual, and other cultural achievements that invite us to invest in our soulfulness, character, and moral well-being demands that we divest from literalism even as we study its continued demands and effects. Critical thinking demands we ask every question, follow the evidence, and look for reasons to revise our deepest convictions in light of the process of knowledge: all of this is anathema to religious “truth.” Our pursuit demands that we use the method to ask about what it means to be human: unfinished, incomplete, and in pursuit of ourselves. The humanities go to the core of our deep need to feel _human_, not to believe supernatural claims. We need those instruments and forms to take us to those core and elemental feelings and ideas about how we live and how we might want to live.

Second, history is indeed a litany of crimes and wrongthink, Mr Douthat, and claiming otherwise is worse than denial, it is part of the problem, certainly another good reason _for_ the humanities. But our studies need not focus on the justifiable grievances nor merely focus on political corrections and remedies. Rather, to reveal a greater humanity we must study light and darkness, goodness and shadow, the strange paradox of humanity’s possibilities for altruism and our equally limitless potential for mendacity.

This human possibility for goodness matched by evil is a bug in the system, it is a _human_ feature. As we learn and unveil the honest history of human cultures we can take more seriously how each offers insights and proffers values that _might_ reach to the edge of a common humanity. The goal of all knowledge is to reach generalization—true for all, true in every case—and yet that same aspiration is as much a sort of tyranny and oppression as it is case for collective moral advancement. We need to teach the varieties of human achievement and the many formations of human character that will allows us to embrace a more complex and diverse human _nature_. We are one species but many, many kinds of humans.

Last, we need not attempt to stem any tyranny of machines even if we justly fear what we humans can create. The real totalitarian threat doesn’t lie with machines but with those who reject evidence, reason, and open, honest enquiry. The real threat from the machines is that they will be, and are being used, by people who would do what they have always done: sought power and profit at any cost. We have a planet that we are ruining for humans, cultures that fear the future not for technology but for a new global politics, and individuals without the intellectual humanism they need to explore their own character, feelings, values, and ideas.

We need to _take the time_, not away from the machines but into the questions and works of history that empower us to think more clearly, read more critically, understand more deeply, appreciate more affectively the world we live in. We need to invite young people to study and do the work of becoming more fully human. The machines are not in the way. Rather it is the cultural will required to value these endeavors.

Here’s the link to Douthat: