Skip to content
July 25, 2017July 25, 2017Douglas BrooksLeave a comment
Why, why would I do this? I hear you all the way from wherever you are. And I am very likely very far away from your there, deep as I am in the depths of the Trump Ocean. Only somewhere in Arkansas or Oklahoma is there a Congressional district as regressive and abaft the beam of sanity as New York’s 27th. So when you cry out, weep, and bleed like Rudra, I’m yer safe harbour. (Please enjoy the Commonwealth spelling for that extra soothing effect.) 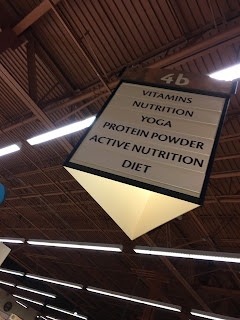 Now, the desire for some prosaic didacticism. (I never fail to provide.  And this is a kind of a Sanskrit joke too, think YS 1.2; Mimamsa Sutra 1.1, Vedanta Sutra 1.1, more references on request yo).
Drishti is the Sanskrit word for “vision” or “sight,” made most famous by an impenetrably difficult but curious text of one not very influential writer named Somananda. Here our 9th century author who lived in a world that he didn’t know was round means to teach us not merely “to see” the Lord Shiva but to see _as_ the Lord Shiva sees. That’s some heady stuff or just more of the same theological rigamarole that preoccupied Back Then worlds, but honestly don’t worry much about it. I’m not discouraging your historical curiosities, I mean to relocate them in something a bit more trenchant. I am commending the edifying and rather emotionally disturbing notion of trying to see things _as_ another person sees them. Try this at home before you inflict it on anyone else.

So, just for a moment: Trumpvision. (I know, I know, you’d rather try to learn 9th century Sanskrit. Let’s save that for the Assisted Living portion of our time together somewhere in the not distant future.) Until we see things through _his_ lens you’ll be confused by your own sanity. It is, as we know, impossible to imagine what he thinks because it’s not thinking, it’s a kind of speech pattern that Chomsky and Pinker write and provides fodder for SNL. And then how, you say, could one stoop so low? Stoop, I say. Stoop lower. Keep going. Not yet. What’s worth hating is worth understanding. Plus, it’s easy, people do it everyday. And you can do it too! As Seen on TV.

My promise to you is that you might retain your own present (tenuous but let’s say tenable) right-mindedness. Sure, we’re all feeling a little delicate these days. We all want to use #resist and feel like that creates a Durkheim-esque “collective effervescence” (say this like it’s French) and so draw us into something Powerful (capital letters help too). Imagine. But try not to worry if you can’t. Surely don’t bother trying to empathize, ’cause not even Somananda is foolish enough to make that kind of argument about your prospects for getting into someone else’s head. This exercise requires only 4th grade logic and a certain emotional detachment from that voice inside that says, “oh no, it just can’t be, it can’t be…just no.”

Start here, it only takes two moves, you can do this:
(1) Consider the worst, dumbest thing that Trump could do. Then, don’t merely assume he might do this, understand that this is what he will do. Don’t have another thought, just add this one:
(2) Think about Republicans as the craven, cynical poltroons you know them to be. This is the rule of Republicans are Poltroons. Remember this. Now add some Game of Thrones. Go to your worst personal nightmares (it is Shark Week after all, and you watched that Michael Phelps vs Shark race and know others that did too. Don’t hate yourself for this, project that onto others who deserve it.) Next, think also of the most pestiferous, pernicious, and calamitous possibility and make _that_ your penultimate objective. (Think of more words that you like beginning with the letter “p.” ) Now leave room for something even worse because this is, like I said, only the penultimate.

N.B., whenever you think there is a shard or bare remnant of decency in, say, a Republican Senator like Graham or McCain, remember that both voted innumerable times to repeal the ACA without the slightest compunction. All they needed was to feel the trolls who love their hatred for Obama and this is reason enough —and if that doesn’t work then just add one more word: “Palin.” Both voted for her to be a heartbeat from the Presidency. Is your judgment sufficiently mitigated by that reality yet?

So this is the next batshit crazy thing that will happen sooner than later. But don’t fret, in Trumpland we call this “Tuesday” or “just another great day making America great again.”

*Sessions is fired or “resigns,” because he finally gets the message. J. Beauregard will never be known as the brightest bulb in the room but even he can understand those good words, the best words, the really great ones that his boss loves so much.
*This leaves it is up to Rothstein to fire Mueller. Rothstein you are thinking has a smidgen, a splinter, a scintilla of integrity and personal probity left in him. Now apply the Republicans are Poltroons rule cited above. Rothstein demurs momentarily, because you want to believe in something better. But he wants his job so badly that it really doesn’t matter what he does.
*Congress goes on vacation. (This is almost always a good thing no matter what and our Bright Spot, in case you were looking for one before Rachel tonight.) Trump makes an AG recess appointment, which means that he does not need Senate confirmation. Got Dictator yet?
*His new AG can fire Mueller. But who would take the job? Exercise the Republicans are Poltroons rule ONCE MORE.
*Every last breathing Democrat and nearly everyone not living solely on Republican Kool-Aid (apologies to Kool-Aid, of course) is outraged past any previous boundary. Yawn. Watch a rerun of ‘Murder, She Wrote,” and have some lime Jello(tm) with CoolWhip(tm). Feel better yet?
*McConnell and Ryan do…umm, nothing. The Trump’s base _cheers_ and all the Rs need their votes, care only about donor money, and believe they will win the next election (without much trouble). Any questions about this part?
*Now go take a selfie of lunch, your last yoga pose, or of you and your dog. Play with your yo-yo in the unseasonably cool July rain, like we are doing here.  Wait till tomorrow. This was only the penultimate.