Skip to content
April 21, 2019April 21, 2019Douglas BrooksLeave a comment
Understanding Nihilism
It seems like the right day to write about nihilism. There is a puzzling collusion of facts to consider. Nihilism isn’t a metaphor, it’s not a story we tell because of some inherited past. We may have nihilistic stories but there’s always some way we try to redirect them. That can fail because human beings can collect themselves to destroy themselves. That is nihilism. 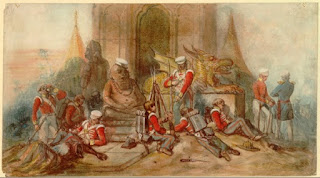