You gotta know who you are dealing with. So here’s a primer that explains how Republicans, like Paul Ryan and the rest, think about the purpose of government. Wealthcare is their interpretation of the preamble of the U.S. Constitution, it is how we “form a more perfect Union, establish Justice, insure domestic Tranquility, provide for the common defence, promote the general Welfare, and secure the Blessings of Liberty.” 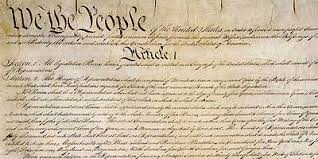 My aim here is to summarize in this one term — #wealthcare —the social values and economic policy objectives of Republicans. This will explain what they mean by other memes such as “limited government” and “conservative” policy. Of particular importance is their understanding of “freedom” and how the government must promote economic policy.

Warning: just understanding this may cause you to be really, really upset that there are human beings who either explicitly commend or implicitly condone these views.  I must also emphasize that wealth and wealthy people are not the problem as such.  I’m talking about a philosophy of government and of wealth, not about individuals, businesses, or wealth per se.  Now that you’ve been cautioned, here’s how it works:

& Wealthcare identifies the needs and benefits of society as meeting the desires of the wealthy. Simply put, wealthcare is the view that everyone will be better off when policy (law, regulations, etc.) secure the interests and increase the wealth of the wealthy. The wealthy can be as individuals or corporations.

& Wealthcare roots itself in the essential value that individuals and corporations have no responsibility for anyone or anything (e.g., the environment, safety, etc.) other than what profits or serves their interests.

& Thus, all good things will follow when profit increases and the wealthy’s interests are secured. This includes health, education, the environment, basically everything. Wealthcare has much in common with libertarians and religious conservatives because it asserts that voluntary actions must be the sole basis for public benefits. When the wealthy benefit then those without means will necessary benefit, as in “trickle down” economics.

& It is unclear how any public services (roads, airports, police, fire, etc.) are paid for except to say that these too must serve wealthcare principles. This means that the wealthy must bear no burden to meet public needs. A military that is good for wealth interests and good for wealth protection warrants tax support but, like all other matters, not at any cost to the wealthy. This is the gist of their values paradigm.

& Wealthcare means that choices are based solely on means. No one should be required to participate in any public or collective pooling of means. This eliminates support for public schools, Social Security, financial regulation, environmental regulation, or any laws that restrict private decision making based on costs. Those with means are free to do as they please but importantly are not required to subsidize others. It is not simply that as little as possible must ever be spent on “public” works, it is that those pooled costs must not interfere with wealth flowing to the wealthy.

& Everyone gets what they “deserve” and those who suffer must accept their position. Any moral consequence for wealthcare’s indifference to those without means will be solved when the wealthy trickle down their needs and others obtain required jobs. No wage standard or regulation can be tolerated since that interferes with wealthcare. Wealth is inherently good and the wealthy are therefore good. There is no merit in being poor, for any reason.

So is that all clear?

For a real life example, let’s turn to Ryancare and include the basic objections from the Freedom Caucus conservatives.

Ryancare repeals most of the levies used to pay for insurance coverage under Obamacare. The cost is estimated to be about $600 billion over the next 10 years. About half of that expense is incurred by terminating two taxes primarily targeting upper-income households. In other words, the wealthy receive a tax cut of almost $300 billion. So how is this tax windfall paid for? By making commensurate cuts to Medicaid.

After 2020, Ryancare turns Medicaid into “block grants.” This means that instead of the Federal government paying a fixed percentage of medical costs, the new system grants a flat per-person payment. , States that expanded Medicaid under Obamacare get less. The outcomes here follow wealthcare principles: Medicaid payments are reduced because they would take money from the wealthy to the poor. It follows too that the number of people receiving any benefits (from the block grants) is reduced because there is no responsibility of the wealthy to care for the poor.

Ryancare is an excellent example of wealthcare because low-income Americans lose health cost coverage so that high-income Americans can have lower tax bills. Wealthcare keeps the money where it belongs, in the hands of the few. Freedom Caucus conservatives object to even this redistribution of wealth because it still means that taxes subsidize the collective and this violates wealthcare values and still takes (some) money from the wealthy. So if you’re really a Tea Partier, _any_ government distribution of money that is not directed towards the interests of the wealthy fails the test of common weal.