Skip to content
May 8, 2018May 8, 2018Douglas BrooksLeave a comment
Living in the wild with Trump voters I can assure you that _none_ of the Giuliani mayhem makes any difference to them. In fact, it serves a principal purpose: to put everything in terms of a partisan “witch hunt” that is nothing more than Clinton-like scandal contrived to defeat Trump. The key is there: to defeat Trump is to defeat their Lost Cause. It cuts that deeply, whether his supporters are aware of the connection or not. (And they largely are not.) 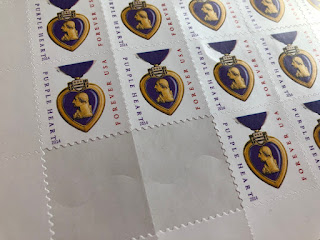 A few obvious facts— most Trump voters not of the monied class pay no attention or watch only Fox. That 40%-ish is impenetrable, cast in stone, and so malignantly ignorant that they would volunteer for Trump’s Fifth Avenue Shooting. What’s more interesting to ask is why. The reasons are not new and what Trump/Giuliani are doing is as old as Jim Crow. It’s plain as day, let’s make it plainer.

Obama was right: they cling to guns and religion, which is a euphemism too for their grievance culture that has lost obsolete jobs, blames anyone but themselves, and knows quite well that their time has passed. The roots are far deeper than the Reaganomics that caused their financial decline and exacerbated their misery by redistributing wealth upward. The genius of Reagan was to convince white working class people that redistributing wealth via tax cuts to the rich was good for them. They have never been dissuaded, never understood “trickle down,” and every time it fails, Republicans blame Democrats for taxes and spending on “those people.” That brings us back to the Those People problem, which is an easy sell to white rural Americans.

Trump and Giuliani will create the distraction and disinformation (worthy of Goebbels) that is certainly important. it allows them to turn a legal set of facts into a political circus. But there is a far more serious cultural connection to post-Civil War southern policies that carried forward into resentment of the Great Society and ultimately Obama’s Hope.

We are a nation that is half MLK and half KKK— and the KKK half is in power and will burn down the republic to see to it that the MLK dream fails. I think we are just about evenly split between the MLK Party and the KKK Party. The uber-wealthy side with this Klannists because they can fleece them and everyone else, driven by pure greed and indifference.

Sting sold his duplex last weekend for 50 million bucks. One of the old Rockefellers landed 40 million more— because there’s nothing a Rockefeller needs more than 40 million more. But this is just a consequence, not the cause. The rich have already got theirs and will do what it takes to keep it that way—nothing new here. That is Old Republicanism.

The New Trumpism is the New KKK. Dedicated to local mob rule as the plantation owners tell their poor white neighbors who’s _really_ to blame for their plight. Blankenship in WVa is that poster boy. The way to defeat them is to make sure that Trumpists do not use robes and masks to conceal their true intentions. Of course, that victory may yet be a tough road in WVa, even when they understand that the Klan needs instead to conceal itself more deftly in it’s own grievance religion culture that allows the hate to look like a Fox show.