Skip to content
March 4, 2017March 4, 2017Douglas BrooksLeave a comment
My Morning with Breitbart
NPR is for Facts, What You Need Are Some Alt-Facts
Because I study religion for a living, I’m used to alt-universes, alt-facts, and other scams that direct hearts and minds to whatever people prefer to believe. You develop a tolerance for a special kind of impenetrability that can lead you to take beliefs seriously, even sympathetically, even with empathy. Careful. That can be fatal to your critical awareness. Remember too that no one jumps out of foxholes for Chaucer and that religion, like politics, doesn’t have to be true to be important. Religion teaches you not to underestimate what people will believe or do. Don’t read about the the Congregation of the Sisters of Bon Secours in County Galway, Ireland this morning unless you are prepared for what people can do.  Did we mention that sink hole in Iraq that is an ISIS playground?  If nothing people do surprises us, we’re in big trouble. 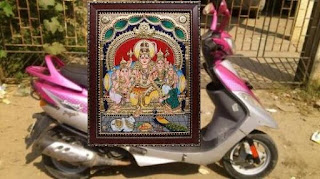 Here in the world where facts are still real we tend to overlook the alt-fact world. Critical thinking requires us to take language seriously since everything is in the meme. An important term this morning on Breitbart is “Deep Statist,” which in their alt-understanding refers to entrenched bureaucrats undermining at every turn the President’s popular agenda. The Deep Statists treasonously pilfer and leak classified material to the likes of Rachel Maddow. They need to be uncovered, investigated, and imprisoned. Speaker Ryan agrees. Some in Breitbart Land, however, think it’s liberal fake news and that Rachel is using false documents to mislead us. So you see, what isn’t treason is conspiracy. Start there.
Wait. There’s more. The President* tweeted that Obama had Trump Tower wiretapped. This will light up their media sources. Memes have a life of their own, that’s important to remember. An electoral majority of voters get most of their information, when they are paying any attention at all, from these sources. Allow me to translate: elected Republicans who control nearly every lever of power that could move an investigation forward will do absolutely nothing until their walking dead are stirred. Not to worry, Fox has them alt-covered. Every serious article in The Times today makes plain the incompetence, corruption, and horror that is befalling us. Well, all except what we hear from that genius Scott Walker who is determined to turn Wisconsin and the rest of the New Confederacy into every thing as hopeless and stupid as Kansas. This reveals the real problem: Republican are incapable of learning. Or are simply happy to profit, however they can, including in collusion with Russian mobsters. Follow the money. Praise the factual reality of the real Fourth Estate.
What’s the good news? First, they bungle over their own incompetence and the wheels of dismantling government are turning very slowly for them. We should encourage their entropy and gum up their works. Next, we should flood their phone lines to make their lives a living misery —with inveterate politeness and, you know, facts. Last, we NEED to create language that will pull off just enough of their walking dead from pulling their levers, maybe even realize the scam. That might be asking too much. Don’t give up. “Resistance Fatigue” is what they want more than all. Stay in the game, relentlessly.