Skip to content
April 4, 2019April 4, 2019Douglas Brooks1 Comment
Words like “disparity” or “incongruity” don’t do the matter justice. I mean something more like “chasm,” in this case the chasm between the legal and the ethical. Our president and his criminal mob are not being prosecuted because their acts or their position within the legal system suggests that their behavior has not risen to the level of illegality. We rely on the moral judgment of those trained to survey the evidence to reach this conclusion. That no one it seems—not even the president’s dupes and toadies—believe him to have the slightest shard of morality is far less in dispute. 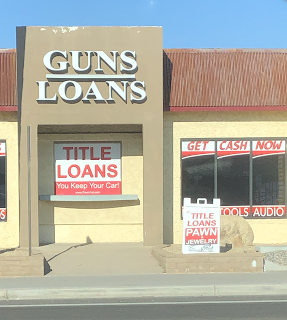 How ironic too that we use the word “justice” to describe matters at hand. Whether or not the president is a criminal is reduced to a political matter in a system putatively designed to elevate the rule of law to ethics itself while, at the same time, his craven immorality is regarded as anodyne, just another feature of his character-free character. His supporters cheer because this difference is plainly without distinction.

We have had presidents of low moral stature before, some true crimnals, but perhaps none who has violated the terms of self-respect so plainly on our public stage. It is as if reality is nothing more and nothing other than realityTV. That there is no reality in realityTV is not only the fault of an entertainment industry, is it?

Give the people what they want is the first rule of capitalism and of democracy. There lies some of the rub, no? What does the sale of the people’s opioid have to do with morality now that it has no contours whatsoever than, than what? A tax cut? “Are you better off today?” What are the boundaries of collective acceptance when cruelty and vindictiveness are the certain aims of those who respect nothing but their own timorous claims to superiority?

Self-respect seems so, so quaint and old-fashioned. Joan Didion once wrote, “Self-respect is something that our grandparents, whether or not they had it, knew all about. They had instilled in them, young, a certain discipline, the sense that one lives by doing things one does not particularly want to do, by putting fears and doubts to one side, by weighing immediate comforts against the possibility of larger, even intangible, comforts.”

It strikes me here that Didion is also looking for the contrast, that is for what merely postures. The posers of self-respect use bravado and brazen indulgence as a means of inspiring the rabble to do as they do, to do whatever they want no matter the matter. If it’s not prosecutable, it’s permitted. Is that what allows the Trump voter to hail their chief and mock Jimmy Carter? That being moral is only for chumps? What about being “better off”? Is that all we will become?

Such a hardening of hearts doesn’t seem possible until we see as much the contrast with those asserting their own ethical standards. Then the litmus tests of moral purity conveniently exile all political rivals who cannot match the mob’s determinations of personal offense. Once again there is no legal violation as much as there is another set of criteria for human interactions. How tender must our feelings be before tender feelings are the reason for everything we deign acceptable or liable to reproof? Because we are made “uncomfortable” does that mean that another’s behavior is immoral or merely unacceptable? What will that accomplish?

When we reduce the world to personal space we can no longer tolerate the notion that the world really is indifferent to our preferences. How does anyone learn anything _without_ distress? Can self-respect demand that we must learn how to alchemize distress into grace? The sort that endures ordinary indignities and tolerates inescapable human foibles? I am not sanguine for our prospects but neither am I willing to give up just yet.

It is the “sense of decency” that we now hold in question. Prosecutors and pundits debate legality while filing for moral bankruptcy. This means nothing more than we anesthetize ourselves, provoking calls to “move on.” We are dulled to the iniquity because we must not allow our own self-worth to be so dimmed that we cannot function in everyday lives. What we are left with is nothing better even if what we demand must be better.

I think Joan Didion is again worth citing because what is at stake is not the president’s vacancy of moral values but how we question our own. Let’s cite Didion at some length. We will have to withstand the arrows aimed at be-twittered attention spans. She writes, “To have that sense of one’s intrinsic worth which, for better or for worse, constitutes self-respect, is potentially to have everything: the ability to discriminate, to love and to remain indifferent. To lack it is to be locked within oneself, paradoxically incapable of either love or indifference. If we do not respect ourselves, we are on the one hand forced to despise those who have so few resources as to consort with us, so little perception as to remain blind to our fatal weaknesses. On the other, we are peculiarly in thrall to everyone we see, curiously determined to live out—since our self-image is untenable—their false notions of us. We flatter ourselves by thinking this compulsion to please others an attractive trait: a gift for imaginative empathy, evidence of our willingness to give.”

We live in a legal world in which what’s legal has been successfully and finally severed from what is moral. When we turn to the moral we find ourselves without the means to interrogate a plurality of values, differing standards, and the need for even greater tolerance. Instead we demand a TV audience to voice personal grievances, albeit the kind that do indeed warrant attention for being personal violations. With the next example of personal grievance comes the call for purity tests for what could possibly be ethical in a world in which “standards” cause a rejection of pluralism itself. We need not be relegated to immorality just because we cannot all agree on what is contemptible. An ethical life does not posture, it stands.

We need to figure out what next to do when a significant portion of our fellow citizens care not in the least for what is ethical _if it suits them_. We must learn to live more deftly in a world of double, triple and more standards. That is, we must find ways to fathom multiple codes, even those that have succumbed to “no sense of decency.” What we do next will depend not on fairness or the rule of law but on what each of us makes of a world that is neither legal nor moral but by the choices we make to endure. Whether or not we flourish remains to be seen.