Skip to content
August 16, 2017August 16, 2017Douglas BrooksLeave a comment
The Accusation of “Intolerance”
A Few Words for Your Cultured Despisers

How “tolerant” are we called to be in debate and conversation with those who would side with moral turpitude and relativism? I think we who resist Trump will be accused of such “intolerance” as we contend with the casuistry and deception that fuels their “both sides do it,” “many sides, many sides” sophistry. Concede nothing to such specious nonsense. This is not a debate nor will we admit any honest controversy. 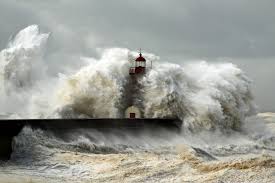 “Intolerance” is neither criminal nor culpable when the ethical issue at hand presents no contestable ambiguity. This is the crucial distinction we all need to make. However we insist that love will triumph over hate, it is surely less than loving not to detest and reject what is truly and wholly indefensible. To make such a claim of moral certitude is not to endorse infallibility nor does it suggest that ideas are beyond debate and serious conversation. Rather it is to assert that there are human values that cannot be compromised without conceding our very humanity itself.

Our current situation in America, and particularly with this wretched excuse for President, demands moral clarity because there is no ambivalence or equivocation to be contested. We are not obliged to give any benefit of the doubt when there is no doubt. This a simple test of basic decency. We must not yield to any of their deflections or evasions. I am wholly intolerant of racism, anti-semitism, sexism, and gender inequality and suggest that to refuse their legitimacy in civil discourse is to stand for our very best sense of shared humanity.