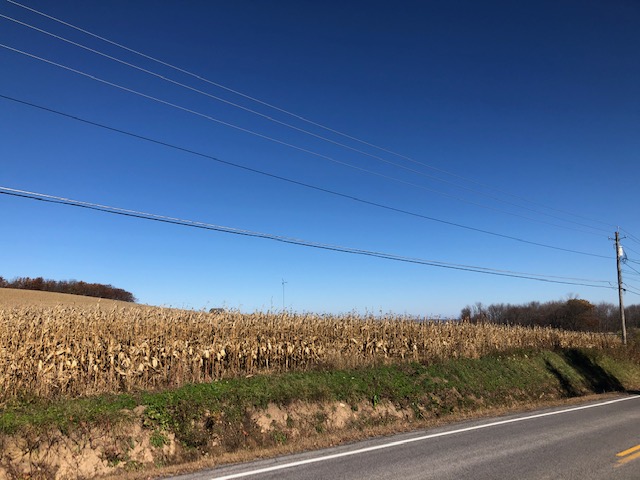 If the Trump Cult fails according to the template we can expect a transition of power—Biden will be President on January 20th and the insanity will have “lost,” for now. It’s not going to be that simple because in this case the cult is no small faction or isolate. It is now a major political party with millions of followers whose leaders offer fealty and act principally out of fear of reprisals. We will have to see what happens now that Tucker Carlson has strayed from the fold by asking for evidence in the face of belief and the Leaders assertions. 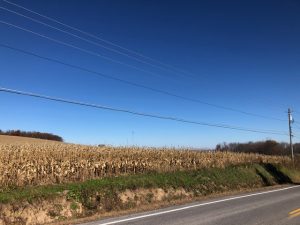 The Cult won’t break but it may in the face of its failure winnow some of its peripherals. The Leaders claims to victory now stand in direct contrast to stated claims and so there is going to be need of some revisionary thinking. After all, when Jesus didn’t show up again and the world didn’t end on time, they needed a new bumper sticker, some rebranding, and another story to scam. Trump will carry on with the deceit that he “won,” which will never be denied. It need not be. Grievance has always been at the heart of the scam’s explanation of any loss and eventually the lies will stick. The Cult will list his victories, claim they were cheated, but that they will rise again. This isn’t going away. There is history here.
There can never be any admission of the facts, much less feelings of culpability or having been scammed. But there is some falling away in the numbers when the failure becomes potent enough to penetrate the emotional moats and parapets that have kept them “safely” locked inside the madness. This makes those still locked into the cult that much more fanatical.
The sane Republicans have long left but the rest will not peel off until they no longer fear their own personal loss. They mean to survive with or without their Mad King and though the majority would rather be rid of him, that is not as important as maintaining power. With power comes the thrill and the grift, and whether or not they need the money, the grift is always a thrill. There is no interest but self-interest.
The powerful within the Cult know as well as we do that they need the Mad King’s dupes. If the dupes don’t show they can’t win at all. They know how his wrath puts their self-interest in peril and what they must do to avoid that disaffection as far as possible. Mitch knows this better than all the rest. They will do whatever they must to stay in power at any cost and no moral treason or complicity with evil is beneath them. There are no principles or values so much as there is power to be used for whatever purpose it might to enrich themselves. They are thinking of their future and with that in mind it’s easy to explain their vulgarity, moral turpitude and mendacity.
The election may not be stolen as of today but neither will it have ever been won. That is Trump’s accomplishment so long as half of the country is nothing better than his Cult. There is only one party that has any democratic values left, that plays as if the old rules and norms might still provide the facades of democracy. Republicans will continue the talk because they regard themselves the true patriots. The rest of us have no flags in our yards, no permanent yard signs for the causes of liberty, like guns and Jesus, and no right to govern after a fair election. We must now must face the fact that their claims of delegitimization are their new norm.
When Democrats win they couldn’t have really won because nothing is true but what we believe by being told. This new paradigm isn’t more than another version of the old one: democracy never actually mattered. . People like Democrats have no right to govern nor even to participate if that is possible. Notice the way it has unfolded even this cycle: suppress the vote, deny access, claim fraud and demand recounts, and when that doesn’t work simply say that the votes shouldn’t count and dismiss the entire process. We should recognize that none of these claims or values are new: the Trump Cult is a furtherance of the racist white nationalism we have known in America since 1619.
Who gets to rule has never really been in question, now has it? I’m not so cynical as to believe that there has been no progress. But I am realist to think that authoritarianism has always been an option if white power is in jeopardy.
For now I think we can expect the remnants of the republic to survive. But it sure was close. Think for a moment what would have been unleashed had Trump won. I know, I know. But let’s think of what this surviving will look like. The damage is to the system of values that likely determines the fate of the system itself.

Limbaugh laid out the mission plainly. He called it the four corners of deceit: government, academia, science, and the media. Repeat ad nauseam with conviction and bullying insistence that all of these sources of information and means to knowledge lack every legitimacy and, well, you have the Trump Cult version of the Republican Party.

Think for a moment how much a functioning society depends on these sources and institutions. Truth does not depend on you. You depend on the truth. All of these institutional ways of deciding what is true are flawed because they are human. They are all incomplete. They are all provisional in some way or another. All must admit mistakes and redress failures, errors, and serious sins of understanding, judgment, and character. But without them, we have nothing like social knowledge or the capacity for successful individual discernment. Without them all we have are individuals with opinions. Good luck with that.

The Cult will, like other cults, be forced for the moment to capitulate to the reality they can’t completely bully, manipulate, or control. What usually happens next is that the Cult Leader retires to, say, her trust fund and the follower-core quietly regroups according to the new terms of insularity: they carry on as devoted as ever but with a new detachment from the world that has wronged them. This kind of defeat might promise a return to some previous normalcy since the cult has retreated back into its bunkers.

What happens when the cult is nigh on 70 million people? That’s a religion. And the tyranny of religions are even more virulent, persistent, and dangerous. We should not expect the Republican Cult return to its previous religion. It’s got a new set of “facts” now and it’s going to be far more dangerous.
Democrats would be wise to take up two strategies given the fact that they are going to be reviled, thwarted, delegitimized, and hated. First, take the high road as Biden and Obama and the rest suggest. Why? Because we can stand for something better and should. We can’t expect better from our opposition to whom we are the enemy. But secondly—and this is what Biden and Obama can’t say for political reasons too—that our opposition is no friend to democracy’s foundations, that it is opposed to truth itself, that it is willfully delusional.
Limbaugh understood how to change the paradigm of a common discourse and so create an alternative world. We who must accept that our social facts work their way through institutions that depend on method, honesty, and character will be dealing with those who reject every bit of these truths. They reject not only the facts but what the very ways we believe facts exist at all.
America’s partisanship is not rooted in disagreements about policies of governance. We who voted out the Cult Leader have saved our souls for now. The quorum of the sane is not being ruled by a delusional demagogue. But half the country wishes it were. And that is the problem. They want the delusion, they prefer their prejudices, preferences, privileges and choices over anything that is said by government, academia, science, or the media. There are no such reputable resources of knowledge and there are no professionals working their human tasks with integrity.
We’re in for a lot more of the worst of this pandemic—more social spread, less control of the disease and death—because half the country prefers their delusions. The other half includes those creating the vaccines that will allow the delusional to claim when it suits them that it was all a hoax. America isn’t fighting for its soul so much as it will be fighting off the delusional whose desperation, ignorance, and willful copmplicities may ruin our fragile experiments with governance. Democracy demands social truths and half of us are denying they exist.