Skip to content
June 5, 2017June 5, 2017Douglas BrooksLeave a comment
The Word “Religion” Comes from the Latin Root that Means “Keep it Together” and That’s the Problem, Now Isn’t It? 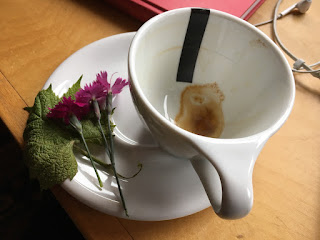 I have taught the study of religion for 30 years in the same University job and studied the subject my entire adult life. It’s what I do, for better and worse. What I have to say here doesn’t require any of those qualifications.
The American Right has is a clear understanding of the power of religion. Nearly all of them profess a religion and, in fact, need to do as much in order to participate in the Republican Religion. Religions demand fealty, they coerce and manipulate to commit their believers to do their bidding, they discourage the fundamental elements of critical inquiry by refusing the question “how could I know if I were mistaken?” In short, what they demand is perfectly well understood by their believers: compliance is the reply to criticality, there must be no argument, just faith.

Facts are irrelevant in a post-truth world when all one need do is appeal to the lowest denominator of feelings and manipulation. It’s not just politics, and that’s important to notice. In America at least 62 million can’t understand the stakes, the idea or arguments, for the most part, can’t read, think, or assess anything past a 6th grade level. Republicans have only one objective: win. They sort it out (or not, thank goodness) afterwards. Our opposition—not particularly adept at understanding the relationship between thinking and pragmatic realities— spends at least half its time ripping itself to shreds with purity and ideological litmus tests and instead of working to compromise so we can _oppose_ what is immeasurably worse than our differences, we divide and they win again. Religion does that: it knows how to win.  We, on the contrary, take as much pleasure in destroying each other as we do those who would ruin the future. It’s not at all this simple, but some part of the equation that has given us the catastrophe of the modern Republican Party and may well be what ends America.

The alternative to this kind of religion requires an education. It demands we use facts and create methods of learning, value expert advice, analysis and debate, or look to provenance to help us value those who have done the work of learning. But for the American Right it is believe, but don’t think. The Republican Party is a religion, in all the worst possible ways. There are other possibilities for religion but we don’t need one to be moral, to find the truth, or be truthful. We need to be honest about what we can learn and about learning how to think in a world that promises no answers but allows us to create better questions and deeper considerations of a shared humanity.