Skip to content
January 20, 2017January 20, 2017Douglas BrooksLeave a comment
What do we do today?  Do we pray for our country today?  How do we begin to resist this catastrophe?  Perhaps we should start with acknowledging who we have been and where we are today. 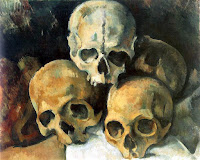