Skip to content
September 21, 2016September 21, 2016Douglas BrooksLeave a comment
We all know, I think, about the debilitating and stifling features of shame.  America’s Protestant history includes putting the wayward in the public stocks as well as the endorsement of pan-religious commitments to guilt, shame, and blame for acts of non-conformity.  To be shunned, in social worlds or in matters of conscience, for expressions of dissent, disobedience, or any breach of normative expectations has proven an effective tool of repression and control.  Simply being oneself —by race or ethnicity, gender identity or politics—has too often resulted in rights abrogated and identity voided, with serious repercussions for all involved, including the oppressors. 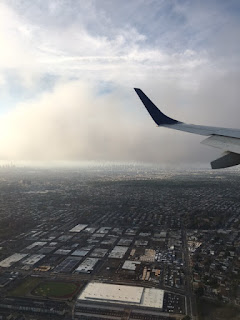 Power’s most dangerous companion is authority, which rarely remains amorphous when it can become actual.  At least half of America is reaching into that primitive desire to rule and be ruled.  Our project of self-governance is at risk because it is the alternative to monocracy.  When there is only one view we place ourselves in the gravest jeopardy of losing our empathy and our decency.
In today’s New York Times op-ed Ross Douthat, who opines from the Right, representing himself as a conservative Catholic, makes a familiar argument that liberal social gains are forcing themselves on the recalcitrant traditionalists without, of course, admitting that his own views have created the normative expressions that have historically denied human rights and asserted the dominance of the status quo.    Here’s the link to his piece: http://www.nytimes.com/2016/09/21/opinion/campaign-stops/clintons-samantha-bee-problem.html?action=click&pgtype=Homepage&clickSource=story-heading&module=opinion-c-col-left-region&region=opinion-c-col-left-region&WT.nav=opinion-c-col-left-region&_r=0

Liberal views have finally entered the public discourse to imply a new norm, one of inclusion and tolerance—and intolerance of those who would reject them.  There is, I think, no other way to pose the dilemma.  We are always to considering just what we will tolerant and what we are prepared to do about matters we deem intolerable.  The concomitant criticism and shunning of those advancing “conservative” views is not only for their antediluvian illiberality but also for their insistence on maintaining the old norms of power and authority.  This opinion isn’t simply a viewpoint or vision, as Douthat suggests, but also the assertion of a certain constituency’s claims to power.  Precisely who claims authority reminds that the claims themselves will have real impact on everyone.