Skip to content
September 27, 2019September 27, 2019Douglas Brooks2 Comments
One of the more fascinating features of the Trump Age involves the difference between toadies and dupes. How did they get this way? WTF is wrong with these people? I put it this way because many of them we never thought were this damaged, and we never really quite believed they were this sick. But truth to tell, they are.

What we see as inexplicable behavior, failures of character, and incorrigible stupidity is a sickness of soul. It can happen to anyone who doesn’t do the work to unveil the edges and corners of a more soulful life. It can look like people have done the work, some work, any work but I suggest this is exactly what’s lacking. 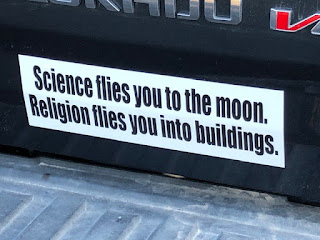 Let us return to the Trump pathology of toadies before we get back to dupes.

Toadies include Graham, McConnell on the A-list because they like _real power_ more than anything. Barr is the new poster child of this kind of sickness. Power corrupts. it’s easy. It’s fun. It’s free of conscience and full of itself.

And on the A-minus list is pretty much all the rest of the elected Republicans who in some way _know_ that this is all a con job, a train wreck, a criminal enterprise and _they don’t care_ because they hate us, the liberals, more than they love their country. They give no care for Trump though they say they do. Rather what they love is power and what they hate is us. And that is all they need to know. Toadies want power, money, fame, and when they can get it disdain, revenge, and vindictive self-serving cruelty. Some just like the work. The cost to their soul is never considered.

Dupes are true believers and the question is why? Why have Uncle Bob or Mary from high school, or someone we never really thought was a complete hopeless jackass now proven themselves utterly contemptible? We have lost “friends,” relatives, all sorts of acquaintances who we _now know_ live in the moral turpitude, intellectual vacuity, and egregious failure of character that is Trump. How did this happen? Were they always like this?

The answer to that is actually yes but it took a trip wire, what we might call a permission trigger, and some shepherding that authorizes their failure. To put the matter in another way, it is the result of _the unexamined life_. People voted without care and reflection, without the intellectual and moral clarity that is required of citizenship; they voted in anger, desperation, not in bad faith as such but in _very poor judgment_.

How does one arrive at such poor judgment? It usually takes most of a lifetime of _not_ acquiring the emotional depth and intellectual tools that lead us _away_ from our indulgent ID and our inadequate super-ego. People don’t have the personal tools to be serious citizens or more sophisticated human beings and they don’t think they need them. Or even know they need them. But it’s all actually worse than that.

They are actually closer to Trump in fundamental pathology than we ever thought. How do we know that?

We observe a kind of Trump trigger. He has given permission to reach into the unexamined shadow and this has sent people over their edge. This edge was a lot closer than we ever thought. Life is hard, it’s not been bad nor great, but has been fed resentment, anxiety, violence, fear, and lots of failures of success. The middle class Trumpsters have met success and found out without much recognition that “success” sorta’ sucks, that it’s somehow not all that satisfying to have bourgeois comforts. It is not just failure—jobs that fail, marriages, opioids, etc. It’s that success is not all that it’s cracked up to be and yet their deeper dissatisfactions, all of which are perfectly ordinary, have been wholly unexamined.

Deep down where the Balrog lurks in the hiding places of the mountains of Moria, as Tolkien would have it, there is a shadow lingering over the false contentment that we have reduced in America to economic prosperity. America is too private to talk about its emotional relationship to success, too religiously dysfunctional to know what to do with the ordinary discontent that follows from a life in which required traumas have not been addressed.

We all come to realize that we cannot continue to act as toddlers and we rein ourselves in—at the cost of primal want that comes with our embodied form and inner, unconfined voice. Trump the Toddler is a relief valve. We have to know that we’ve told ourselves all sorts of stories just to survive, and when we have done that _successfully_ we have created all sorts of demons just to get there. That is just to get some success that isn’t all we thought it would be. And then the world happens with love and failure and stress and illness and death. Now all the demons have come out.

So somewhere deep down inside a damaged soul, like a Trump dupe, there is a need for feeling and expressing cruelty, a vulgar self-assertion, a kind of bluster of self-superiority. This compensation and false consolation of its own sort. In short, Trump’s pathology lurks in the hearts of a lotta people who are so insecure that it shatters whatever character they once used to temper their failures. What Trump has done by being elected to this pedestal of achievement and leadership is give permission and emboldened the damaged ID that has never been examined or addressed.

By virtue of such “leadership” and authority such damaged people now act out their sick souls. They have no idea how to save themselves because they have never done any of the work to examine what lies beneath their surfaces. In the deep shadows of Moria they keep the company of their own darkness and that is now “telling it like it is.” Much of this is _laziness_, turpitude, a failure of character, family, and education. They have done none of the work and this, this is your Uncle Bob. He’s otherwise sorta’kinsda’ a nice guy. Truth is, he’s deeply damaged and irreparable because he’s got no interest, no tools, nothing to tell him just how the damage is doing _its_ job.